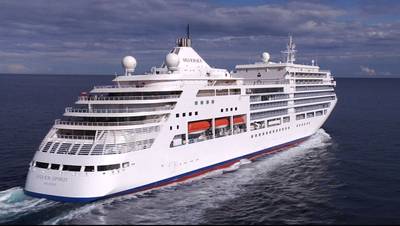 Royal Caribbean Group has acquired the remaining shares of Silversea Cruises, a specialist in the ultra-luxury and expedition cruising, after previously buying a two-thirds share of the cruise line in July 2018.

The remaining one-third stake held by Heritage Cruise Holding Ltd. was paid for in the form of 5.2 million shares of Royal Caribbean Group common stock, which represents about 2.5% of the total common stock.

"Silversea has been a great fit for our company from the very first day," said Richard D. Fain, Chairman and CEO of Royal Caribbean Group. "The cultures of the two organizations have proven to be harmonious, and guests have responded favorably to the combination."

Manfredi Lefebvre d'Ovidio, who took over Silversea from his late father, will serve as chairman of Silversea. Roberto Martinoli will remain the brand's president and CEO.

"Manfredi and Roberto have brought a fresh point of view to our company, as well as deep knowledge of their brand's unique audience," Fain said. "Their skills – and Manfredi's inimitable style – will continue to play an important role in growing Silversea into the future."

Lefebvre said: "The combination of our companies has been everything I hoped for. The skills and resources of Royal Caribbean Group have helped us grow and flourish. We share a vision about the bright future of cruising, and I look forward to being a shareholder in the broader Royal Caribbean Group."

Silversea CEO Martinoli said: "Thanks to the incredible resources and skills of Royal Caribbean Group, Silversea will grow and thrive. Today marks another key step in our drive to uncontested leadership in ultra-luxury and expedition cruising."

Apart from Silversea, Royal Caribbean Group owns Royal Caribbean International, Celebrity Cruises, and Azamara.  The company also owns 50% in a joint venture that operates TUI Cruises and Hapag-Lloyd Cruises. Together, its brands operate 63 ships with an additional 16 on order.