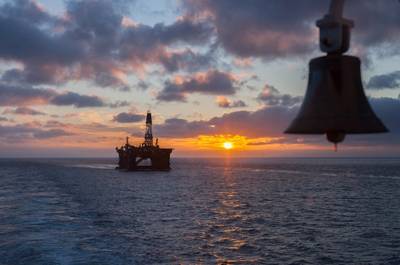 The spat between the two companies began after Stena Drilling in 2017 terminated the order for the construction of the harsh environment semi-submersible drilling rig Stena Midmax.

Stena Drilling had ordered the rig in June 2013, with the delivery expected in March 2016. Citing excessive delay, Stena Drilling on June 1, 2017, terminated the rig order. Samsung Heavy Industries opposed the termination and referred the dispute to London Arbitration.

According to Stena Drilling, the London Arbitration Tribunal on March 5, 2021, determined that Stena’s termination of the contract was valid and in doing so dismissed all claims by SHI against Stena.

"The Tribunal also ordered payment by SHI to Stena of the minimum sum of $411 million by way of refundment of Stena’s pre-delivery payments plus further amounts in respect of interest and project costs," Stena Drilling said.

According to Reuters, Samsung Heavy Industries plans to appeal the decision.

As for the drilling rig in question, the semi-submersible drilling unit was delivered in 2019 to the Norwegian offshore drilling contractor Odfjell Drilling. The sixth-generation dynamically positioned rig is now called the Deepsea Nordkapp. The rig is on a contract with the Norwegian oil company Aker BP.