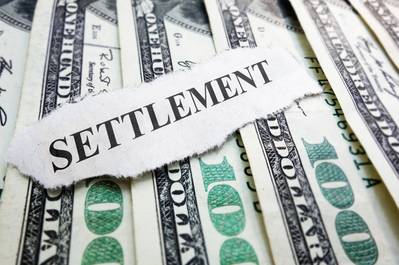 On its website, the prosecutor's office said the deal was part of a global negotiation between the company and U.S. and Brazilian authorities to settle alleged crimes over contracts with state-owned oil maker Petroleo Brasileiro SA.

A Samsung Heavy representative confirmed the company signed a pact with Brazilian authorities but declined further comment, saying more information would be disclosed in a regulatory filing.

In Tuesday's regulatory filing, Samsung Heavy said, "The company has accepted and agreed to results of Brazilian authorities' investigation to resolve management uncertainties, which may arise from litigation processes, if they last long."

Petrobras, as the Brazilian company is informally known, is at the center of the sprawling Operation Car Wash probe, Brazil's largest corruption scandal, which has implicated hundreds of government and business officials since 2014.

U.S. authorities have been involved in past settlement deals related to Petrobras graft investigations as the company has U.S.-listed depository shares.