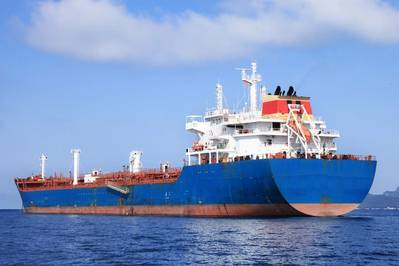 U.S. oil markets were readying for fallout from potential U.S. sanctions on Venezuela's vital oil sector on Monday after Sunday's election in the struggling country was deemed a "sham" by Washington.

Venezuelan President Nicolas Maduro on Monday celebrated the election of a new legislative superbody that will have the power to dissolve state institutions such as the opposition-run Congress. Countries around the world denounced the vote.
U.S. crude futures jumped above $50 a barrel for the first time in two months early in the session before retreating, after U.S. officials said sanctions could be announced as early as Monday. Refined product prices were higher, but most of that was due to a fire at Europe's biggest refinery over the weekend.
It was still unclear what form sanctions might take but the measures were not expected to include a ban on Venezuelan oil shipments to the United States. More likely is a ban on U.S. exports of lighter U.S. crude exports that Venezuela mixes with its heavy crude to ready it for sale.
"Sanctions prohibiting U.S. exports of crude and product would force Venezuela to source these from elsewhere at a premium, further straining Venezuela's fiscal situation as it struggles to meet its debt obligations," said Jason Bordoff, director at Columbia University’s Center on Global Energy Policy.
Other options under consideration include individual sanctions or various measures to restrict the Venezuelan government and state oil company PDVSA's access to the U.S. banking system.
Venezuela is a key source of heavy sour crude supplies for U.S. refiners. U.S. imports of Venezuelan crude in the first four months this year averaged 724,000 barrels per day (bpd), or about 9 percent of all oil imports.
The South American country has become more reliant on imports for blending, due to problems at its refiners, which are running far below capacity.
Venezuela took in an average of nearly 87,000 bpd of American-made fuels so far this year. PDVSA buys U.S. light crude from the United States through its Bullenbay storage facility in Curacao.
U.S. refiners such as Valero Energy Corp and Marathon Petroleum Corp have been shifting away from processing heavy crudes such as those supplied by Venezuela and other OPEC producers, lessening the potential impact on their businesses.
(Reporting by Devika Krishna Kumar; Editing by Tom Brown)