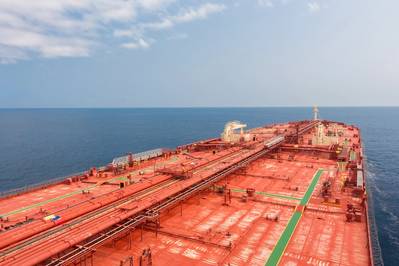 Yemen's Houthis attacked a Saudi oil tanker in the Red Sea, causing slight damage, an Arab coalition said on Wednesday, after the Houthis reported targeting a Saudi warship in the area.

Saudi Arabia and its coalition of Sunni Muslim allies have been fighting in Yemen for three years against the Iran-aligned Houthis, who control much of north Yemen, including the capital, Sanaa, and drove a Saudi-backed government into exile in 2014.

One of the coalition's main justifications for its intervention is to protect shipping routes such as the Red Sea, which is used to bring Middle Eastern oil and Asian goods to Europe through the Suez Canal. It has said that it foiled previous attacks in the Red Sea in April and May.

A coalition statement said that the tanker was attacked at 0115 (2115 GMT) west of Yemen's Hodeidah port, but did not name the vessel or describe how it was attacked.

"The Saudi oil tanker was subjected to slight damage due to the attack by the Houthi militia," it said. "Thankfully the attack failed due to immediate intervention of the Coalition's fleet." It provided no details.

Saudi shipping group Bahri said on Wednesday that one of its oil tankers had been damaged in the Red Sea. "The VLCC (Very Large Crude Carrier) suffered minor damage and no human injuries or environmental damage have been reported," Bahri said in a statement without elaborating.

The Houthis' Al Masirah TV said earlier on Twitter that it had targeted a warship named the Dammam off the western coast of Yemen, without providing details.

The coalition has carried out a campaign of thousands of air strikes and restricted imports into Yemen, worsening what the United Nations says is potentially the world's worst humanitarian crisis.

Saudi Arabia accuses arch-regional foe Iran of supplying missiles to the Houthis, something Tehran and the Houthis deny.