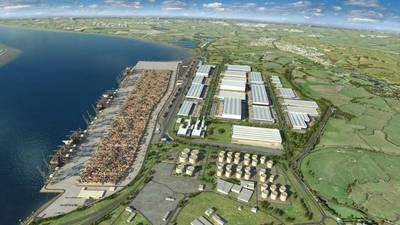 London Gateway is located closer to major population centres of London, Birmingham and Manchester than other ports that are capable of handling the world’s biggest ships. The new port will reduce transport costs for exporters and importers by reducing millions of trucking miles from supply chains.

The port also provides 21st Century infrastructure for shipping lines that are building bigger ships. DP World, a leading global port operator with more than 65 marine terminals across six continents, including new developments, built Britain’s new port for today’s and the next generation of ships. Known as ‘ultra large container ships’ (ULCS), they are up to 400 metres long and can carry over 18,000 shipping containers.

Sultan Ahmed Bin Sulayem, Chairman, DP World, said: “We are proud and pleased to be able to contribute to the UK economy by building and operating this state-of-the-art modern infrastructure that will support trade growth far into the future. This is the first port to be built in the UK in a generation and so there is nothing else like this in the country."