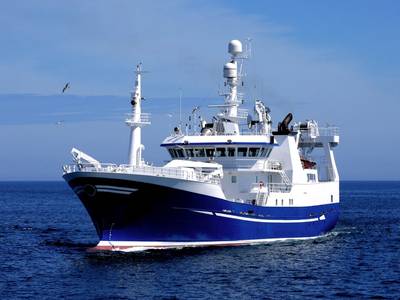 The post-Brexit woes facing Scotland’s fishing industry deepened on Saturday as its biggest logistics provider, DFDS Scotland, said it would halt exports to the European Union through one of its main services until at least Wednesday.

Previously, the company had said it would take until Monday to resume its “groupage” export service - which allows exporters to ship multiple products in a single consignment - while it tries to fix IT issues, paperwork errors and a backlog of goods.

The extra delay represents another blow for Scottish fishermen who this week warned that their businesses could become unviable after Britain shifted to a less integrated trade deal with the EU at the turn of the year.

Scotland harvests vast quantities of langoustines, scallops, oysters, lobsters and mussels from sea fisheries along its Atlantic coast, which are rushed by truck to cater to European diners in Paris, Brussels and Madrid.

The introduction of health certificates, customs declarations and other paperwork has added days to delivery times and hundreds of pounds to the cost of each load, undermining a system that used to put fresh seafood into French shops just over a day after it was harvested.

DFDS said it was painfully aware of the strain faced by its customers, despite making significant progress in addressing the problems.

“The backlog is greatly reduced but every step of the customs procedure is taking longer than anticipated and capacity is consequently reduced,” DFDS said in a statement. “Despite our extraordinary efforts it is clear we need to further suspend the Groupage Export Service, which includes smaller consignments of fish and shellfish, until Wednesday at the earliest.”

The company said it would add staff on Monday to prepare for a full service and it stressed the importance of its customers having 100% accuracy on all paperwork.

One exporter, SB Fish, said new trade obstacles since the start of the year had paralyzed its fleet of 15 boats, each with a crew of three or four - affecting around 50 families.

“All our boats have been asked not to go out fishing till we have our hauliers back doing exports,” the company told Reuters.