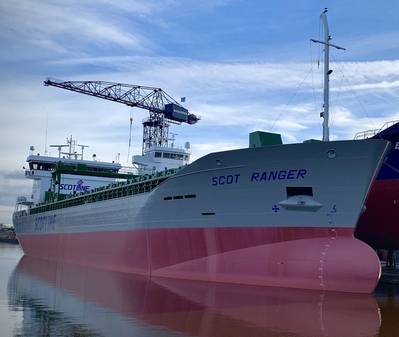 This ship is a close sister to the previous two, Scot Carrier and Scot Explorer, but with one key difference. Scot Ranger has ice class 1A (Finnish and Swedish Ice Class Regulations 2010), meaning that the ship can continue to sail from the Baltic during the winter months.

Scot Ranger was launched on November 6, and final mechanical works, outfitting, testing and sea trials were performed during the following the weeks.

The newbuild is the second Scot Ranger to serve in the Scotline fleet. The original was delivered in 1997 as the first newbuild vessel ever commissioned by Scotline. The ship was also the last built at Yorkshire Dry Drock in Hull. Scotline sold the vessel in 2019, after 22 years of service.