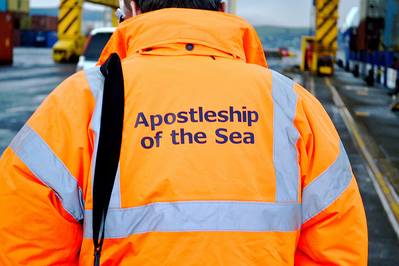 Photo: Apostleship of the Sea

The dangers of shipping and fishing should not be underestimated, said seafarers’ charity Apostleship of the Sea, following the collision of a car carrier and a fishing boat in Spanish waters.

Media have reported that three crew are confirmed dead after the Baltic Breeze, a Singapore-flagged car carrier, collided with a fishing boat near the Spanish port of Vigo in the early morning of Tuesday, April 1.

The Baltic Breeze and its crew are well known to the Apostleship of the Sea from its calls at various ports including Bristol, Sheerness and Southampton where its port chaplains have visited the crew to provide local information, help with getting in contact with families and other practical support.

According to local Spanish media, The two vessels were alerted to try to avoid the collision, but in the end this was inevitable because they were very close.

The fishers’ wives association of the local Apostleship of the Sea in Vigo, Spain has been providing support to the fishers' families affected by the tragedy.

Martin Foley, AoS national director said, “Despite the recent good news showing a reduction in shipping losses during 2013, this tragedy highlights the high price that can be paid by seafarers and fishermen when things go wrong.”

“This tragedy is a reminder of the dangers seafarers and fishermen face each day to bring us various goods and food we rely on,” Foley continued. “Today our thoughts and prayers are very much with those who lost their lives, their families and the surviving crew of both vessels.”