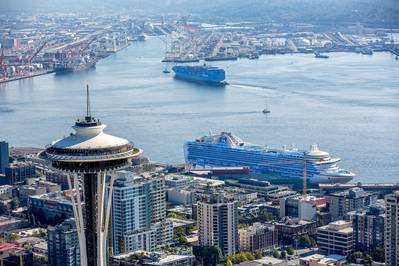 Port of Seattle CEO Ted Fick tendered his resignation at a public port commission meeting Thursday after more than 2.5 years at the helm.
Fick was recently placed on paid administrative leave due to “personnel issues” and the separation was described as “mutual”.
“We accept the resignation of Ted Fick, and acknowledge his desire to return to the private sector,” said Commission President Tom Albro. “We are currently working through the details of his departure and will defer further comment until those details are resolved.”
Port of Seattle Chief Operating Officer Dave Soike, a 35-year port veteran, will serve as interim CEO.
The port said the public process to find a replacement will begin later this year.