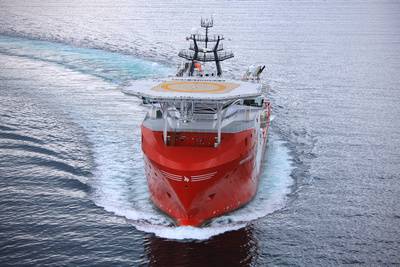 The contract is set to begin in the fourth quarter of 2021, when the vessel will provide walk-to-work services as part of the construction phase of the Seagreen offshore wind farm, in the UK North Sea, 27km offshore Scotland.

Under the contract, the vessel will remain with Seaway 7  for a period of 300 days. This is the largest contract for a Siem OSCV since 2018. Seaway 7 will have extension options.

"We are pleased to see yet another contract within the Offshore wind market, further building upon our experience and extensive track record within the renewable market. From a holistic market perspective, it is also positive to witness longer firm durations securing utilization over the winter period, which has been a challenge during previous years. As a comparison, this is the longest firm contract we have signed for our OSCVs since 2018," Siem Offshore said.

The Seagreen development will be a 1,075MW offshore wind farm, comprising 114 wind turbines located off the east coast of Scotland.

Seaway 7 was awarded a contract for the EPCI of the 114 wind turbine generator foundations and around 300km of associated inter-array cables.

Subsea 7 at the time said the contract was a "major" one but it did not reveal how much the deal would be worth exactly. Subsea 7 defines a "major" contract as being over $750 million.