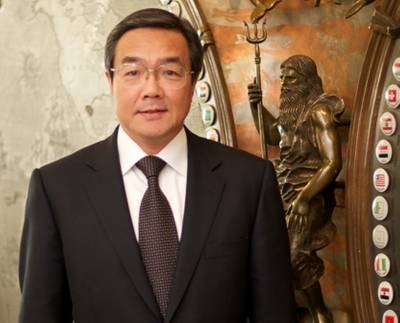 “The entry into force of the MLC convention marks significant progress in the recognition of seafarers’ roles and the need to safeguard their well-being and their working conditions. This is a truly important landmark for seafarers; and for shipping, on which the global economy relies,” Mr. Sekimizu said.

The MLC treaty, which has been ratified by 48 countries, aims to achieve decent work for the world's seafarers and secure economic interests in fair competition for quality shipowners.

IMO and ILO have a long history of cooperating on issues which come under the remit of both organizations, insofar as they relate to seafarers, and have established joint ILO/IMO ad-hoc expert working groups on issues such as on hours of work and rest, seafarers' medical examinations, fair treatment of seafarers in the event of a maritime accident, and liability and compensation regarding claims for death, personal injury and abandonment of seafarers.

IMO’s STCW Convention was revised in 2010 and includes mirror provisions to the MLC requirements on such issues as hours of work and rest, where the two treaties overlap

“IMO stands ready to support the implementation of MLC 2006 and looks forward to working with its Member States on issues of mutual concern, as we have successfully done in the past,” Mr. Sekimizu said