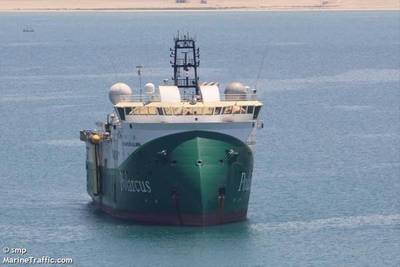 Polarcus Limited, a seismic surveyor in liquidation, is set to be wound down and delisted from the Oslo Stock Exchange.

As previously reported, in January this year, lenders took control of the company's vessels after a debt payment default, and decided to sell them and let go all the employees.

On February 8, 2021, David Griffin and Andrew Morrison of FTI Cayman, and Lisa Rickelton of FTI London were appointed Joint Provisional Liquidators (JPL) of the struggling seismic services provider by an order of the Court.

Liquidators were specifically authorized by the Court to take all necessary steps to develop and propose a restructuring of the company’s financial indebtedness with a view to making a compromise or arrangement with the company’s creditors.

Since their appointment, the JPLs have negotiated the restructuring of the Convertible Bonds.

"Throughout the provisional liquidation, the Board, until their resignation on April 29, 2021, retained all powers of management conferred on it by the Order, subject to the appropriate and necessary oversight and monitoring of the JPLs as regards the exercise of such powers," Polarcus said Friday.

On April 29, Polarcus' rival Shearwater GeoServices said it had struck a deal to take over marine seismic acquisition assets previously owned by Polarcus, from Tiger Moth AS, a company affiliated with Woodstreet Inc. Shearwater bought six seismic acquisition vessels for $127.5 million, and streamers and related seismic equipment for $50 million.

In a statement on Friday, Polarcus further said: "The JPLs have completed the restructuring efforts for which they were appointed, following which they determined that the company remained unable to pay its debts as they fall due and that it was in the best interests of the company that it be placed into official liquidation."

On June 21, 2021, Polarcus said Friday, the Court made an order placing the company into official liquidation and appointed David Griffin and Andrew Morrison of FTI Cayman and Lisa Rickelton of FTI London as Joint Official Liquidators (the "JOLs").

"The JOLs will oversee the orderly winding down of the Company.  As part of that process, the JOLs intend to seek the delisting of the Company from the OSE [Oslo Stock Exchange]," Polarcus added.

Polarcus said the JOLs will publish periodic updates to the company’s creditors at www.fticonsulting.com/creditors