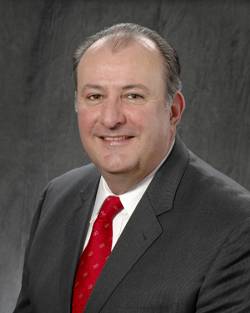 The Society of Naval Architects and Marine Engineers named Erik Seither as its next Executive Director of the Society, according to a press release posted on the organization’s website. Seither will become the 12th person to serve in the capacity since the organization’s founding in 1893. He will assume the helm of SNAME HQ on July 6, succeeding Phil Kimball, who has held the position since 1998.

“I am thrilled to be selected to work with an organization of such distinguished and professional people,” Seither said. “There are many opportunities ahead for us and I am certain that we can make the most of these. The industry segments that we serve have a number of challenges where we can make a difference.”

“We are very pleased to have a man of Erik’s professional experience and expertise to lead the day-to-day operations of the Society,” said SNAME President Keith Michel. “When Phil announced his retirement earlier this year we knew he had big shoes to fill. Many impressive members and non-members asked to be considered for the position. I am sure we made the right choice. Erik has made many significant volunteer contributions to SNAME during his 20 years as a member, and I am fully confident his impact on the Society as its Executive Director will be a very positive one.”

Seither’s educational and professional backgrounds are well suited to his new role with SNAME. He comes to the Society from Det Norske Veritas, for whom he worked for the past eight years in senior maritime marketing management positions in North and South America. During this period he contributed to building a strong footprint for DNV, especially in the U.S.

Prior to joining DNV, he held senior management positions in ship management and in commercial support of ship owners and yards with Sea-Land, PRMMI, Fairfield Maxwell, New Sulzer Diesel North America, and Seacoast Electronics. Seither also sailed on a wide variety of U.S. flag ships in senior officer capacity, and worked briefly in the industry’s offshore segment. Erik holds an MBA from George Washington University in the District of Columbia and a BS from the US Merchant Marine Academy at Kings Point.

Seither has long focused on the human aspects of applying communication technologies to improve performance and leverage technical capabilities of marine organizations. He has put this expertise to work for SNAME as the Functional VP of Knowledge Management and as Chair of the SNAME New Access Portal (SNAP) Committee, which led www.SNAME.org to re-release in June of 2009. Erik will step down from these roles upon assumption of his new duties in July. He will continue to serve as a member of the Executive Committee.