Shell Puts Hydrogen Fuel Cell to the Test in Singapore 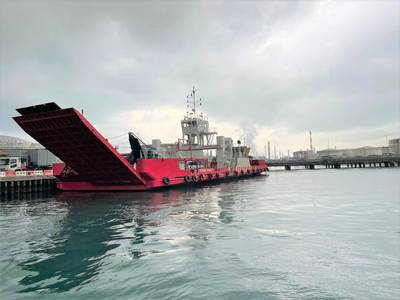 Shell will collaborate on a feasibility study to trial the use of hydrogen fuel cells for ships, the first of its kind for Shell and in Singapore.

“This trial is an important step in demonstrating the applicability of hydrogen and fuel cells on ships,” said Nick Potter, General Manager of Shell Shipping and Maritime, Asia Pacific & Middle East. “We see fuel cells and hydrogen as a promising pathway for decarbonizing shipping and working with partners in this way will develop our understanding of this critical technology.”

Shell, the charterer of the trial vessel and the hydrogen fuel provider, is working with SembCorp Marine Ltd and its wholly owned subsidiary LMG Marin AS, who will design the fuel cell and retrofit the vessel, as well as Penguin International, who owns the roll-on/roll-off (RoRo) vessel.

The trial will develop and install an auxiliary power unit Proton Exchange Membrane (PEM) fuel cell on an existing RoRo vessel that transports goods, vehicles and equipment on lorries between the mainland and Shell’s Pulau Bukom Manufacturing Site. The team will first carry out a feasibility study with the intention to install the fuel cell next year. The vessel will operate for a trial period of 12 months and customers and partners will be welcomed to participate. 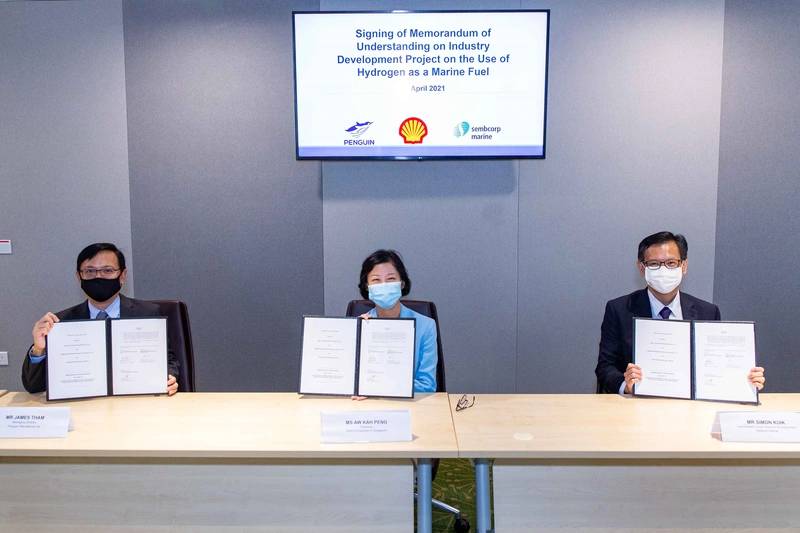 From left to right: James Tham, Managing Director of Penguin International; Aw Kah Peng, Chairman of Shell Companies in Singapore; and Simon Kuik, VP & Head, Research and Development, Sembcorp Marine; at the signing of the MOU on the use of hydrogen as a marine fuel in Singapore, on April 21, 2021. (Photo: Shell)