Is Ship Breaking Heading for a Q4 Revival? 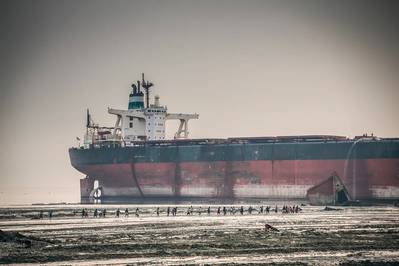 As we head into the fourth quarter of the year, activity seems to be increasing in terms of general availability of candidates and demand from sub-continent Buyers for tonnage. It has been an extremely inert summer / monsoon period across all markets, as rates have cooled off tremendously due to sliding steel plate prices and collapsing currencies.

As a result of such crashing fundamentals, the Bangladeshi government responded by setting limits on incoming vessels, and any Letter of Credit (L/C) over $2-3 million now faces Central State Bank approval, where it is likely to be turned down (as all L/Cs have been so far) due to more pressing needs within the country for other uses of their foreign currency reserves.

Pakistan too has set limits on imports in order to watch their own foreign reserves, all while the country is facing terrible flooding, and hundreds of lives have been lost in the past week as international aid is sought, in order to help the millions that are being displaced & are losing their homes.

India has been the one performing constant sub-continent market presence of late, as several deals on specialist units have taken place in the last few weeks, to at least provide starved local Recyclers, a chance at filling their empty plots.

Turkey on the far-end, though stable this week, has a shattered local mind-set that is simply dis-interested to make any offers on units being privately proposed, as news of any publicly offered units into Aliaga has been virtually non-existent over the last few quarters.

Overall, as dry bulk (particularly Capesize) charter rates have cooled off recently, there is the expectation that we could see some greater activity going into the fourth quarter of the year, especially for the subdued ship recycling markets.