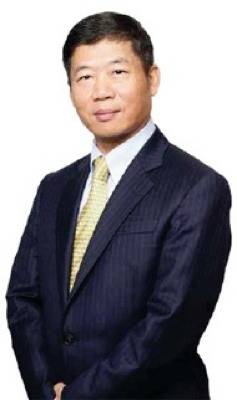 COSCO Vice-Chairman & President, Captain Wu Zi Heng responded in a question and answer session about his views on the future of the shipping market in an interview incorporated in the company's recent 2013 Annual Report. Excerpts as follows:

Q. What do you foresee the next few years will be like for the shipbuilding business?

A. The shipping market picked up slightly in the second quarter of 2013 in anticipation of the recovery of the Eurozone economies as well as that of the United States. However, demand was uneven across the various ship types and classes, which were still stuck in an oversupply situation.

It is too early to predict anything, as the ship charter business is still very uncertain. Our most immediate concern is its impact on the price levels of newbuilds. Price increases for newbuilds in 2013, compared to 2012, were uneven across the size categories with 16.3% rise for Capesize vessels, 7.8% for Panamax, 9.1% for Handymax and 6.2% for Handysize. The market is still very fragile, highly susceptible to slight changes in untoward economic, monetary, fiscal policy and political developments.

There was some rebalancing in supply and demand in 2013, with quite a sizeable volume of scrapping in 2013. The subsequent slight pick up in charter demand had also given a positive spin to market sentiments. We are still wary that global economic uncertainties could continue to have an unsettling effect on the shipbuilding market.

Q. What are your observations going Into 2014 and beyond?

A. The International Monetary Fund (IMF) in its latest update on its World Economic Outlook in January 2014 projected the world economy to grow by 3.7% in 2014 and 3.9% in 2015. However, it flagged concerns about the global economy and IMF warned of downside risks such as the normalisation of monetary policy in the advanced economies and potential volatile capital movements.

Even before the latest IMF prognosis, analysts had already expressed concerns of threats to recovery, including the Eurozone's financial health, US fiscal policies, the tapering of quantitative easing, as well as the still uncertain depth of recovery of the Japanese, Eurozone and emerging economies. Also of concern to us is the strength of the Chinese Yuan and increasing cost pressures.

Over at the Eurozone, whatever growth has been reported seems to be uneven across member countries, with continuing concerns about the banking system there. The handling of the tapering of bond purchases by the US Federal Reserve could affect capital flow and interest rates that could negatively impact business growth.

It is important for the various governments to ensure that reforms, fiscal policies and economic measures work effectively to spur growth. With this economic backdrop, we remain concerned about the speed of overall global recovery as the shipping industry badly needs a quick return to better trading conditions.

Another observation is that we cannot foresee when newbuild prices can recover to a sustainable level. We also cannot expect new contract volumes to return to the pre-2008 level in the short-term, and therefore the market could continue to be pricesensitive especially in the lower market segment.

The International Energy Outlook 2013 issued by the United States' Energy Information Administration (EIA) had projected that world energy consumption would grow by 56% between 2010 and 2040, with fossil fuels meeting up to 80% of world energy use over the three decades. We view the projected continued rise in energy consumption as an important boost for the offshore marine market fundamentals, although there are still a lot of economic uncertainties going forward.