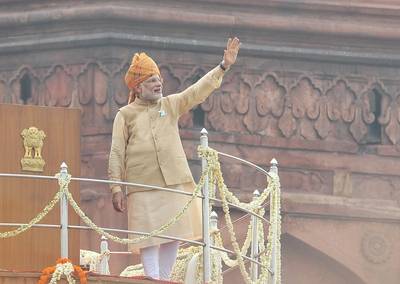 In order to support the Indian shipping industry, the Government of India has exempted Customs and Excise Duty leviable on bunker fuels used in Indian flag vessels for transportation of mix of EXIM, domestic and empty containers between two or more ports in India.

Government has brought in a uniform abatement of service tax for transportation of goods by rail, road and sea vessels. Indian shipping industry has been provided cargo support through Right of First Refusal (RoFR).
Government has taken policy decision to allow shipping enterprises based in India to acquire ships abroad and also flag them in the country of their convenience. As a step towards promoting “Ease of Doing Business” methodology for computation of period of stay of seafarers in India has been redefined.
Further, acquisition of all types of ships has been brought under the Open General Licence. The procedure for the registration of an Indian flag vessels under the Merchant Shipping Act, 1958 have been simplified and the work of issuance of General Trading license (GTLs) granted to Indian flag merchant ships by the Directorate General of Shipping has been decentralized.
In addition, a onetime GTL is now issued, which is co-terminus with the certificate of registry of that ships.
This information was given by Minister of State for Shipping, Shri Pon. Radhakrishnan in a written reply to a question in Lok Sabha today.
The Government of India has taken several measures for skill development of personnel in the fields of logistic, dredging, offshore and small vessels and shipbuilding & ship-repair sector etc.
To find good quality students for training of seafarers, opening of new institutes in the North Eastern States and island territories of Andaman Nicobar & Lakshadweep has been allowed by Directorate General of Shipping (DGS).
To increase the number of Indian seafarers, DGS has lifted the ban on conduct of post-sea Modular courses and pre-sea General Purpose Rating course respectively which would increase the number of Indian seafarers on board ships.
The Ministry of Shipping through the Ministry of Skill Development & Entrepreneurship, is undertaking coastal districts skill gap analysis, with emphasis on skill requirements in the Ports & Maritime Sector.
The Indian Maritime University, Chennai aims to improve human resource pool in Merchant Navy, ship design, ship building and repair, supply chain management, hydrography, Marine Engineering and Technology, Naval architecture and Ocean Engineering, Maritime Management and Nautical studies etc.
Further, as part of the Central Government Skill Development initiatives, Cochin Shipyard Limited (CSL) in collaboration with Confederation of Indian Industry (CII) Strategic Manufacturing Sector Council is redesigning and improving the syllabus and course content applicable for the various trades covering the entire gamut of ship- building operations.