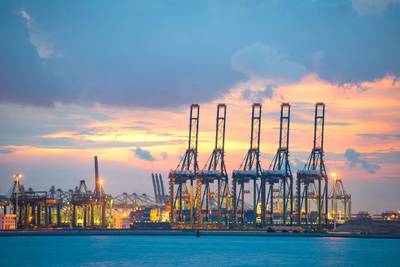 Marine shipping drives 90% of global trade, moving over 11 billion tonnes of containers, solid and liquid bulk cargo across the world’s seas annually. Almost all consumer products we buy — or the raw materials required to make them — arrive at Canadian ports via ship.

Each year, Canadian port facilities handle about 340 million tonnes of goods, worth about $400 billion. Roughly 25% of Canadian exports and imports, by value, are transported by marine shipping.

Despite their economic importance, ports have adverse effects on the environment, including local air and water pollution, greenhouse gas emissions, noise and air pollution, traffic congestion and widespread contamination of sediments.

Society increasingly expects Canadian ports to balance economic growth with social and environmental impacts — and some Canadian ports are already integrating elements of sustainability into their operations. But others could do more.

Environmental impacts of ports and shipping
Marine shipping is responsible for 2-3% of global greenhouse gas emissions. These are predicted to increase to 17% by 2050 if left unchecked. Given these projections, it becomes increasingly important to mitigate energy use and greenhouse gas emissions of this industry in the face of climate change.

Port activities, such as berthing (mooring), can have environmental impacts including oil spills, local air, noise and light pollution. And intermodal transport of cargo in containers on trucks, trains or smaller ships to their final destination also releases carbon dioxide, sulfur dioxide, black carbon and other environmentally harmful greenhouse gases and particulates.

Ship traffic produces underwater noise pollution. Ships can strike marine megafauna, such as the North Atlantic right whales in the Gulf of St. Lawrence. Ships may also release ballast water containing aquatic invasive species as they move from one port to another.

Shore power and alternative fuels have recently gained popularity among global ports because of stringent international regulations to reduce air emissions from ships.

Shore power allows ships to shut off their diesel-powered engines when berthed and connect to the electricity grid to reduce local air pollution and greenhouse gas emissions.

Ports that provide liquified natural gas (LNG) for ship refueling can also help reduce air pollutants and greenhouse gas emissions. Cargo and cruise ships need to refuel or “bunker,” as it is referred to in the marine industry, when they arrive at a port. Some Canadian ports, including those in Halifax, Montréal and Vancouver, already provide shore power and LNG fueling facilities.

Ports and port infrastructure stand to be disproportionately affected by sea-level rise, extreme weather and other impacts of climate change and implementing environmental initiatives such as offering shore power for ships to reduce greenhouse gas emissions will become increasingly important.

Currently, all 18 Canadian major ports participate in the Green Marine program. Several, including the ports of Halifax, Montréal and Vancouver, consistently achieve environmental excellence — the highest possible score. Despite widespread participation in the Green Marine program, only seven ports proactively integrate other elements of sustainability into their operations. 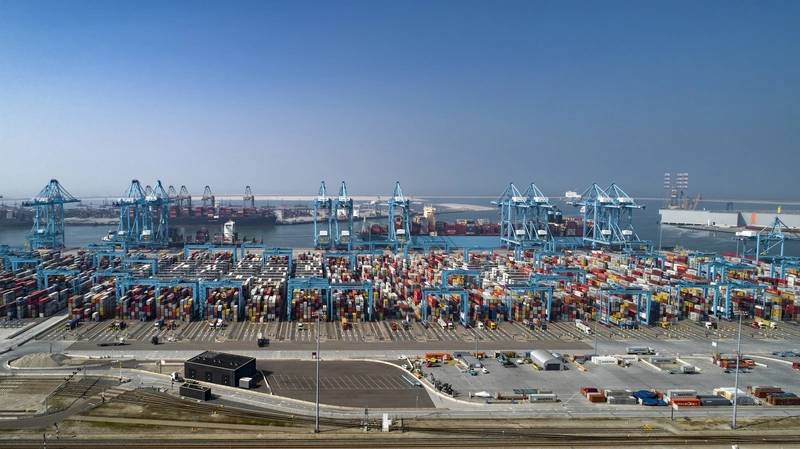 Port sustainability is defined as the strategies and activities that a port undertakes to meet current and future needs of those who use it, while protecting and sustaining human and natural resources. Similarly, green ports are defined as those engaged in the proactive development, execution and monitoring practices targeted at reducing environmental effects beyond compliance. Whereas green ports only focus on environmental issues, port sustainability considers social, economic and environmental issues.

Generally, European ports are global leaders when it comes to adopting sustainability initiatives. For example, the Port of Rotterdam, in the Netherlands, is the largest port in Europe, handling 461 million tonnes of cargo in 2016. Despite its size, the port endeavors to be the world’s most sustainable and is striving for net-zero emissions by 2050. It supplies LNG to tenants, incentivizes use of shore power for ships and includes renewable energy in its electricity mix.

However, the Port of Rotterdam is facing increasingly stiff competition in its sustainability aspirations from the Port of Vancouver, Canada’s largest port. In 2016, the Port of Vancouver handled about 142 million tonnes of cargo from 170 countries, and strives to be “the most sustainable port in the world.” It offers incentives such as reduced port fees to ship owners that reduce emissions and other environmental effects.

How can other Canadian ports become more sustainable?
Growth in the port industry is expected to continue. This growth will intensify adverse environmental effects on marine ecosystems and coastal communities. As society becomes increasingly aware of environmental issues, effective environmental management in port operations becomes essential.

Canadian port authorities must ensure Canadian ports continue to participate in the Green Marine program and improve environmental performance. However, to remain competitive in the global maritime supply chain, they will need to take on more of a leadership role to integrate sustainability measures — beyond that of a single environmental lens.

The Authors
Tony Robert Walker and Michelle Adams are associate professors at the School for Resource and Environmental Studies, Dalhousie University. Tahazzud Hossain, an environmental protection officer with the Government of Newfoundland and Labrador, co-authored this article.