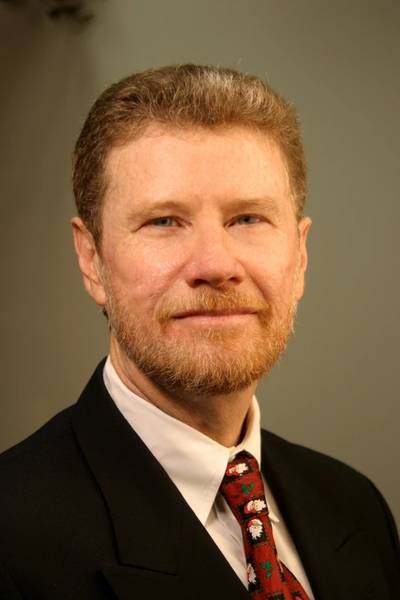 Unfortunately, vessel collisions on America’s busy (but too often overlooked) inland waters have been a fact of life for a very long time. With towboats, barges, ferries, oceangoing vessels and recreational vessels all jockeying for position in limited space, many collisions, and even more near misses, are bound to happen. And while, thankfully, most of these incidents involving professional mariners do not lead to suspension and revocation proceedings against the involved licensed mariners, depending on the human and/or financial cost associated, some do. In many of those more serious cases, the course of the proceedings is established very early on, usually when the first verbal statements are provided to authorities responding to the accident scene.

One such collision occurred almost 10 years ago, but the type of incident involved would likely play out the same way if it happened yesterday…or tomorrow.

The facts of the case are not at all unusual. Our policyholder was piloting a towboat pushing a flotilla of 20 barges downstream on a river in the American Northwest when he encountered an inbound tanker. The master of the towboat communicated with the tanker’s state pilot to arrange a port-to-port passing. All was well until about two minutes later when the towboat’s master contacted the pilot of the tanker informing him that his tow was breaking his range. The state pilot aboard the tanker asked if he needed to take any actions to allow for a safer pass and, after a brief hesitation, received a negative response. About a minute later, the towboat’s flotilla swung into the path of the tanker which collided with several of the barges resulting in the sinking of three of them.

Consequently, it was alleged that the towboat’s master failed to properly communicate to the tanker’s pilot that his tow had swung out too far into the path of the inbound ship, limiting the vessel’s options to avoid the collision. That allegation and subsequent interviews led to the Coast Guard bringing a negligence charge against the towboat’s master for not taking all necessary actions to avoid the collision as required by Navigation Rule number 8. The Coast Guard further proposed a 12-month outright suspension of the towboat master’s license in accordance with 46 USC 7703.

Not surprisingly, the towboat’s owner did not agree with the Coast Guard’s conclusion and license suspension proposal, claiming in its Answer and Counterclaim to the tanker owner’s $3 million civil suit for damages that the tanker’s pilot “violated one or more of the U.S. Inland Navigation Rules or other statutes or regulations involving marine safety or navigation thereby invoking the “Pennsylvania Rule,” or, in other words, requiring plaintiffs to prove that those faults could not have been the cause of the collision”.

While the two companies were fighting it out in civil court, the towboat’s master emerged as the lynchpin in the case. The fact that the Coast Guard had apparently agreed with the tanker company’s position that he and his flotilla were responsible for the collision made his successful license defense not only crucial to his ability to continue working for the next year, but also to his company’s attempt to prevail in the $3M civil action brought against it as a result of the collision.

The key question was: Why did Coast Guard investigators so quickly conclude that the collision was the fault of the towboat master to the point where they immediately proposed a 12 month suspension?  The simple answer was that the master repeatedly apologized for his actions. Specifically, immediately following the collision, in an attempt to explain what happened to Coast Guard investigators, he waived his right to engage counsel and gave a lengthy and rambling verbal description of his account of what had happened, and interspersed his monologue with several mea culpas for being a party to the collision. Consequently, the Coast Guard investigators interpreted his contrition as an admission of fault, leading to their 12-month suspension proposal. By the time his license defense attorney was finally contacted, assigned, arrived on the scene and interviewed him, the towboat’s master had talked himself and his company into a pretty tight spot.

While his verbal statement could not be retracted, he now worked closely with his own defense attorney to draft a less emotionally-charged CG-2692 Report in which his culpability for the collision was much less pronounced. Obviously, this Marine Casualty Report (2692) was seen as useful to his employer who now wanted him to provide a deposition to bolster its defense position in the $3M suit for damages brought by the tanker company. After receiving a hold harmless and indemnity agreement from his company, the towboat master agreed to be deposed in the civil suit (with his own attorney in attendance) almost eight months after the collision.

Having deposited his license with the Coast Guard following the incident, the master was simultaneously contesting his proposed 12-month license suspension proposal in Administrative Court.  And, as additional facts leading to the incident began to emerge and shared blame for the collision became part of the conversation, his license defense attorney and the Coast Guard began to discuss a much less severe sanction against his license in the form of a Settlement Agreement and Entry of Consent Order. In that agreement, the 12-month license suspension was taken off the table and replaced with a one-month outright suspension followed by a 6-month suspension remitted on a 12-month probationary period.  In addition, it was agreed that the towboat master complete a Navigational RuIes refresher course during the 1-month period of suspension and send evidence of successful completion to the U.S.C.G.’s Investigating Officer.

Sadly, the reduced penalty, or even something less severe, might have been the original proposed U.S.C.G. sanction had the towboat’s master not attempted to provide a voluntary statement to investigators before conferring with defense counsel that he was fully entitled to because of his license defense insurance policy. It cannot be overemphasized how important it is for licensed mariners to understand that statements which may appear to be innocent to them can be interpreted completely differently by investigators leading to career-threatening consequences. While this particular case ended with a relatively good outcome, the more than $20,000 in defense costs incurred would have made it a very hollow victory for the professional mariner involved had he not had the forethought to protect himself and his career with license insurance which paid all legal costs incurred in full.

Randy O’Neill is Senior Vice President with Lancer Insurance Company and has been Manager of its MOPS Marine License Insurance division since 1984. Over the past 27 years, Mr. O’Neill has spoken and written on many occasions on the importance of USCG license protection. He is a regular contributor to MarineNews magazine. E-mail: roneill@lancer-ins.com