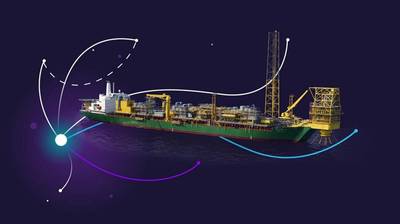 Siemens Energy said Friday it had won a contract with Malaysian MISC to deliver eight complete topside modules for an FPSO MISC is building for deployment in South America.

According to Siemens Energy, its topside modules "will provide sustainable, efficient, and environmentally friendly power generation, transmission, and distribution, as well as gas processing and compression" aboard an FPSO that will operate offshore South America starting in 2024.

"The ECMS is being designed to provide monitoring and supervision for the power generation and distribution network for load management of the FPSO facility, including topside and marine. MISC Berhad and the FPSO operator can use the ECMS to monitor FPSO power, generate reports, and plan for future sustainability," Siemens Energy said.

The topside modules will be designed and manufactured across Asia, with main engineering and execution activities done through Singapore, Siemens Energy said, without providing the contract's financial details.

Packaging for all the rotating equipment packages will occur at Siemens Energy’s Santa Barbara d’Oeste facility in Brazil. The facility is also fully equipped to provide support and service to the FPSO’s modules once it is deployed, Siemens Energy said.

The FPSO is expected to have a processing capacity of 180,000 barrels of oil and 12 million cubic meters of gas per day, Siemens Energy said.

While Siemens Energy did not say specifically for which project exactly it would deliver the topsides, the FPSO specs and operation start-up date it did share correspond to the Mero 3 FPSO Petrobras and partners sanctioned in August 2020 and awarded MISC an LoI for the FPSO delivery.

According to World Energy Reports' recently released "Analysis of Future Business Drivers and Forecast of Floating Production System Orders between 2021/25," (Paywall) oil and gas companies are expected to order around 60 floating production units over the next five years. The total expected number includes FPSO, FPU, FSRU, and FLNG units.  However, the majority of these orders are expected to take place from 2023 onward.