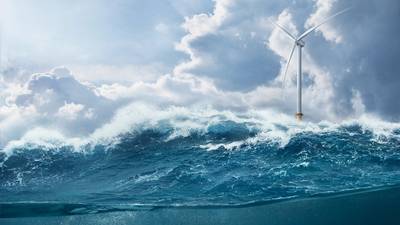 The company on Monday held a launch ceremony with representatives from state and local government authorities and wind industry partners in Virginia.

"This is also the first commitment by a global offshore wind turbine manufacturer in a U.S.-based supply chain," Siemens Gamesa said.

Siemens Gamesa plans to develop more than 80 acres/32 hectares at the Portsmouth Marine Terminal in Portsmouth, Virginia upon execution of a firm order for the 2.6-GW Coastal Virginia Offshore Wind Commercial Project with Dominion Energy.

Costing more than  $200 million dollars the facility is planned to perform the finishing of patented Siemens Gamesa Offshore IntegralBlades.

Some 260 jobs at the facility are expected to be created when fully operational. Also, Siemens Gamesa plans to create around 50 service jobs to provide operations and maintenance services for the Coastal Virginia Offshore Wind Commercial Project.

To enable the blade facility, Siemens Gamesa entered a land lease agreement with the Virginia Port Authority, supported by Virginia state incentives for site improvements. When operational, the facility is immediately intended to support deliveries to the Coastal Virginia Offshore Wind Commercial Project.

"The Siemens Gamesa blade facility represents another step to develop the Portsmouth Marine Terminal into an offshore wind hub. Siemens Gamesa will look to potentially expand the facility if awarded future projects in the region, creating additional jobs in the future," Siemens Gamesa said.

Siemens Gamesa last year launched the giant wind turbines with up to 15MW capacity, and just a few days later the turbines were earmarked for the CVOW project.

The turbine’s 222-meter diameter rotor, just shy of the length of the USS Wisconsin, one of the largest battleships built by the U.S. Navy and currently residing in Virginia, uses the new Siemens Gamesa B108 blades.

Nearly 50 feet taller than the Statue of Liberty, each 108-meter long IntegralBlade is cast in one piece using patented Siemens Gamesa blade technologies.

According to the company, at 39,000 m2, the turbine’s swept area is equivalent to approximately seven NFL football fields. It allows the SG 14-222 DD to provide an increase of more than 25% in Annual Energy Production compared to the SG 11.0-200 DD offshore wind turbine, rated at 11 MW with a 200-meter rotor.