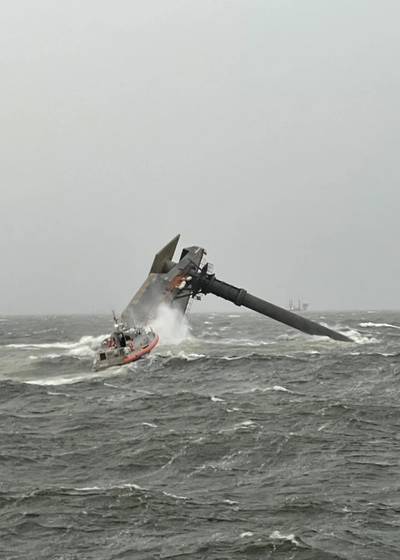 Six people were rescued near the coast of Louisiana after a commercial [lift boat] capsized about eight miles off Port Fourchon on the Gulf of Mexico, the U.S. Coast Guard said late Tuesday.

About a dozen people are still missing after the 234-foot commercial lift vessel [reportedly Seacor Power] capsized in a storm, according to local media reports citing authorities. There was no immediate response from the coast guard to a Reuters request for comment on the number of missing people and potential casualties.

The accident led to a large rescue effort from the coast guard and civilians after distress calls were made on Tuesday evening. Two cutters, two boats, a helicopter and four civilian vessels have been deployed for the rescue.

There were widespread reports of high winds, with some hail and flooding in southeastern Louisiana, according to the National Weather Service. There is a threat of severe weather overnight in the region and a flash flood watch is in effect till Thursday morning.

Eighteen people had been on board the vessel before it capsized, Seacor Marine, the transportation company that owns the vessel, told the NYT.

(Reporting by Aakriti Bhalla in Bengaluru, Editing by William Maclean) 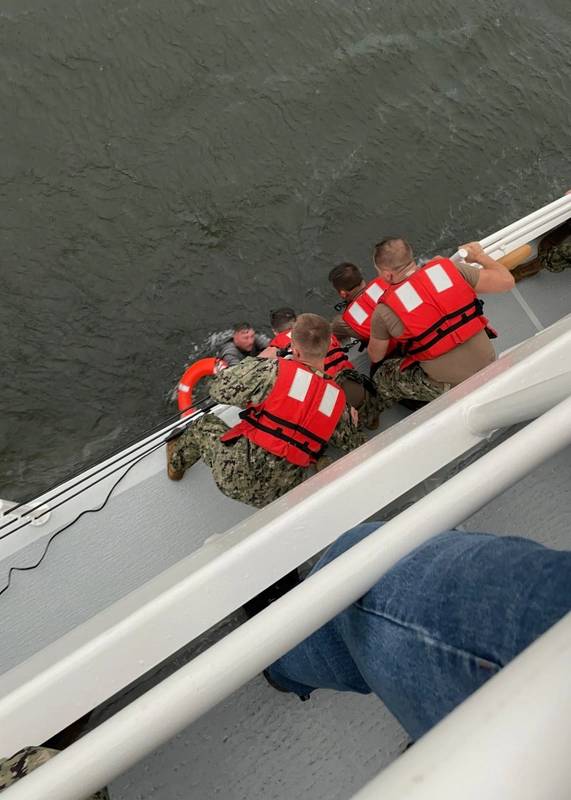 The lift boat
The lift boat in question is owned by Seacor Marine, which in March 2020 acquired the remaining 28% of the equity interests in the lift boat company Falcon Global Holdings, consolidating its ownership of 14 lift boats serving the oil and gas industry in the U.S. Gulf of Mexico, Mexico, and Saudi Arabia.

VesselsValue, a company that provides valuations and detailed information on all sorts of vessels, including lift boats, shared the following info on the Seacor Power with Offshore Engineer: 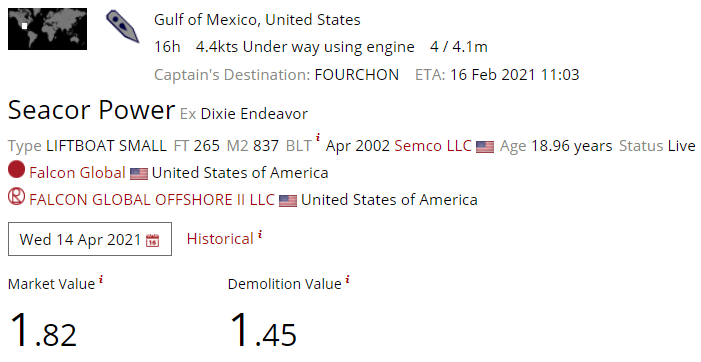 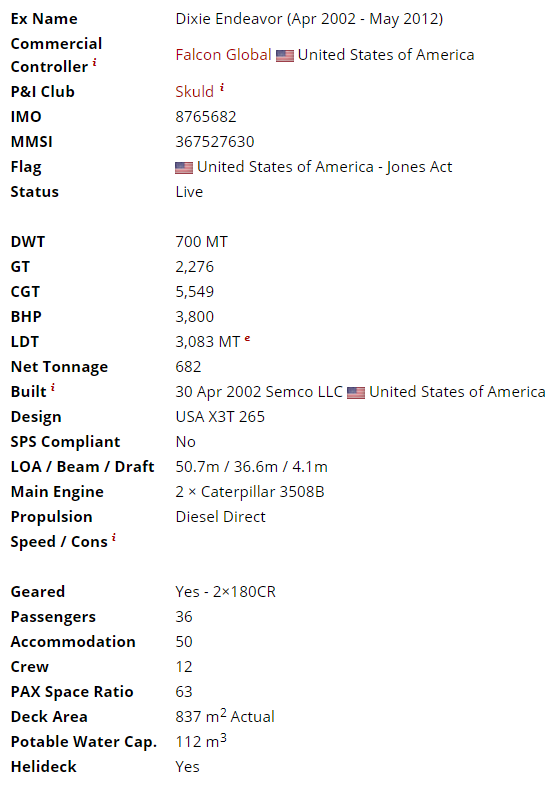 Lebanon and Israel resumed U.S.-mediated talks on Tuesday over a dispute about their Mediterranean Sea border that has held up hydrocarbon exploration