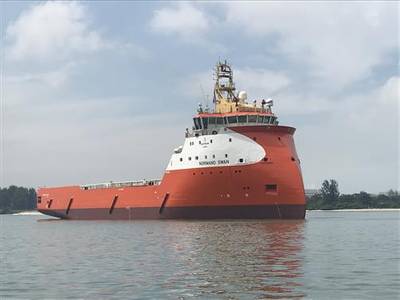 Solstad Offshore on Monday said it had secured a contract for the platform supply vessel Normand Swan in Australia. Solstad Offshore said the contract was for two years and with "a major energy company."

The client will have additional extension options. The contract will start in September 2022. No financial details were shared.

Standard Supply has secured a 7-10 week charter supporting an unnamed  "European energy company" from mid-August with day rates in the range of EUR €30,000 (around $30,202) per day.

Standard Supply also said it was expected to list on Euronext Growth on or about July 22, 2022.

Also, in Brazil, Norway's Siem Offshore, via its Brazilian subsidiary Siem Offshore do Brasil has signed a new contract for the Oil Spill Response Vessel Siem Maragogi with a duration of 3 years, beginning in the fourth quarter and in direct continuation of the current contract. Siem Offshore did not share the financial details

To remind, in March this year, Siem Offshore said a Brazilian court had ruled in favor of Petrobras in a case related to a late Siem Maragogi delivery in 2015. Read more here.