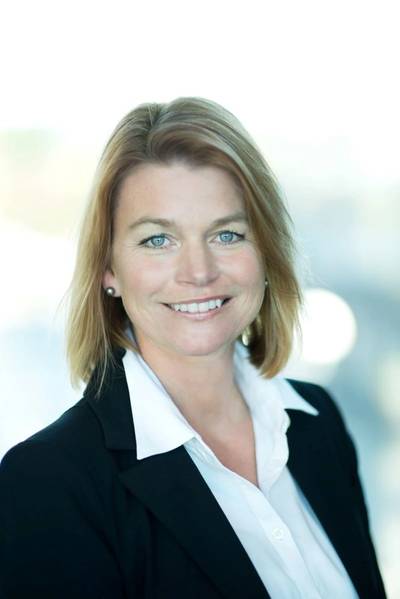 The Norwegian Petroleum Directorate (NPD) has announced the appointment of Ingrid Solvberg as Director for the Norwegian Sea and Barents Sea, replacing Bente Nyland.

According to a note from NPD, Sølvberg was appointed by the King in Council on 11 October. The Ministry of Petroleum and Energy has not yet set the date for the transition.

The director general position in the NPD is posted as a fixed term engagement of six years, with the option of an additional six-year period. Bente Nyland’s second term period will expire at the end of the year.

She congratulates Ingrid Sølvberg on her new job saying: “This is one of the most exciting jobs in the petroleum activities. I’ve looked forward to going to work every single day. I wish Ingrid the best of luck.”

Ingrid Sølvberg says she looks forward to taking up this leading role. After more than five years as a member of the NPD’s strategic management team with responsibility for development and operations, she is thoroughly familiar with the organisation, and she is well-acquainted with the activity on the Shelf.

“Bente Nyland has done a great job as director general. She has spoken out as a clear advocate for exploiting the resources on the Norwegian Shelf in the best way possible, and for ensuring that this value creation benefits the entire society,” says Sølvberg, who makes no attempt to downplay the fact that she will have some “big shoes to fill”.

Ingrid Sølvberg (age 49) is a civil engineer (siv.ing) with a degree in marine technology from the Norwegian University of Science and Technology (NTH, now NTNU). She assumed the post of Director of development and operations in the Norwegian Petroleum Directorate in June 2014. She started off her career in Statoil (now Equinor) in 1995 as a subsea engineer, and she was assigned her first management position in 2004.

Sølvberg had a number of management positions, including as Director of platform technology and marine surveys in the period from 2007-2010 and then as HSE director for the company’s midstream and downstream activity.

In 2012, she went to Centrica as commercial manager, before taking the position as the NPD’s Director for the Norwegian Sea and the Barents Sea in 2013. She has held positions on the board of the Norwegian Geotechnical Institute (NGI) and the Ship Manouvering Simulator Center (SMSC).