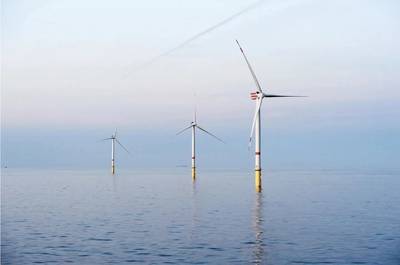 The U.S. Interior Department said on Wednesday it approved the South Fork offshore wind power project off the coast of Rhode Island, making it the second commercial-scale wind project with federal approval.

The decision comes as the administration of President Joe Biden seeks to rapidly expand the U.S. offshore wind industry as part of its broader effort to decarbonize the nation's power sector by 2035, and the whole economy by 2050, to fight climate change.

The approximately 130-megawatt South Fork Wind project, a joint venture of Danish firm Orsted AS and U.S. company Eversource Energy, will be located about 19 miles (30.58 km) southeast of Block Island, Rhode Island, and 35 miles (56.33 km) east of Montauk Point, New York. The companies hope it will begin operations in 2023.

The Interior Department said the project will create about 340 jobs and provide enough power for about 70,000 homes.

“We have no time to waste in cultivating and investing in a clean energy economy that can sustain us for generations,” said Secretary of the Interior Deb Haaland. “Just one year ago, there were no large-scale offshore wind projects approved in the federal waters of the United States."