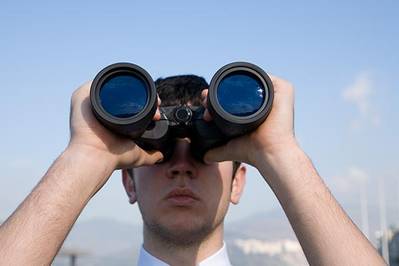 Southeast Asia is likely to see a record number of ship hijackings in 2015 as demand for illicit oil, together with a well-established black market, will continue to drive maritime attacks in the region, advises private maritime security company PVI.
In the absence of a stronger law enforcement response, ship owners and operators, especially for small tankers, face increasing operational, financial and security threats, warns PVI.
Singapore-flagged Joaquim became the latest victim of small tanker hijackings on August 8, having 3,500 metric tons of marine fuel stolen in an incident near Malaysian waters.
The most serious hijacking of 2015, in terms of its duration and the threat posed to crew, came in June aboard Orkim Harmony, says PVI which has been monitoring the escalating security situation in the region using the in-depth analytic tools utilized in its PGI Risk Portal. The attack was orchestrated by a group of 13 armed pirates who were able to board the vessel quickly without alerting the crew, immediately take over the bridge, disable the vessel’s Automatic Identification System (AIS), repaint the hull and alter the vessel’s name to avoid detection. The vessel was located after eight days and eight pirates were detained after attempting to escape.
The captain reported that the eight-day period in pirate captivity caused significant psychological and physical stress for him and his crew. All 22 crew were threatened with violence and one was shot in the thigh on resisting orders, demonstrating pirates’ willingness to use potentially deadly force to subdue crew. This incident, and the killing of a crew member during a hijacking off the coast of Pulau Aur in December 2014, demonstrate the serious physical risk pirates can present to crew on hijacked vessels.
The operational impact of this incident was more significant than usual, taking one of Orkim Ship Management’s 11 vessels out of operation for at least nine days. At average weighted earnings for tankers, this could represent up to $270,000 in losses. The incident was the second for the company in a week – its vessel Orkim Victory was also hijacked and emptied of 770 metric tons of oil cargo off the east coast of Peninsular Malaysia.
PVI advises that such incidents illustrate operators’ vulnerability to business disruption in the region as well as increasing the risk of potentially higher insurance costs in the future.
PVI, which specializes in maritime security in high risk areas, advises owners and operators of vulnerable vessels such as small tankers should practice antipiracy training and procedures for crew, ensure crew are proficient in standard watchtower procedures and promptly implement evasive antipiracy measures in the event of a suspicious approach.
According to data from the PGI Risk Portal, hijackings in Malaysian and Indonesian waters made up approximately 11 percent of total maritime incidents in the two countries between January and 10 August. Although the vast majority of piracy incidents in the region remain small scale robberies of anchored vessels, the rise in hijackings in the past 18 months signifies an important trend.
Hijackings in the region since April 2014 have followed a common pattern, and most cases have concentrated on congested areas around the Malacca and Singapore Straits, which present the best opportunities for pirates to board tankers with low freeboards. Pirate groups generally consist of a team of up to 10 men armed with knives and/or guns, and crew members are normally detained for the duration of the attack. Hijackings typically last from several hours to overnight, depending on how quickly the attackers are able to siphon fuel cargo onto secondary vessels.
PGI has recorded 13 hijackings in these waters between January and August 10, 2015, adding to 14 hijackings targeting oil tankers since April 2014. The total value and amount of siphoned oil cargoes is unknown, but at least 20,270 metric tons of fuel has been lost, likely to amount to more than $10 million. According to PVI, if current trends continue, 2015 could see the highest annual rate of oil cargo thefts ever recorded in Southeast Asia.
Strong demand for illicit crude products and a black market estimated to be worth hundreds of millions of dollars suggest attacks will continue, PVI says. Although not currently considered likely, a dramatic shift in pirate tactics, such as a future attack on a larger tanker, could broaden the threat and trigger a change in both the response of regional navies and the level of piracy mitigation measures adopted by shipping companies.