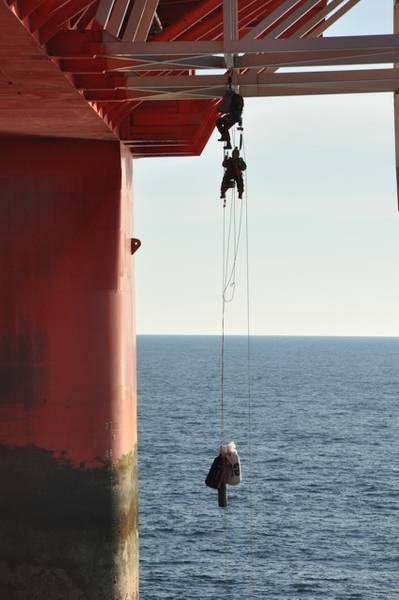 On the morning of 27 May Greenpeace activists boarded the drilling rig Transocean Spitsbergen. The rig was en route to the Hoop area in the Barents Sea.

On Monday Statoil got approval from the Norwegian Ministry of Climate and Environment to start drilling operations tied to the Apollo prospect in the Hoop area. The company is not allowed to drill into oil-bearing layers until the complaint from Greenpeace has been dealt with by the ministry.

Statoil respects the right for legal protests and believes it is important with a democratic debate on the oil and industry. Statoil has had a dialogue with Greenpeace over the last few months. We have informed about our exploration plans in the Barents Sea and the emergency response setup for the operations on several occasions, and Greenpeace has been given the opportunity to explain their views and ask questions.

For Statoil the safety of people and the environment is the first priority, and we do not want activity that can increase the risk level. Greenpeace has been explained the risk associated with actions against a rig in open waters. When they still use this form of protest we believe they act irresponsibly and illegally.

For us it is important to state that the Hoop area has been through an impact assessment and has been opened for petroleum activity by Norwegian authorities. Hoop is an area with known geology, low pressure and temperature, and where Statoil has robust plans for the operations. An oil spill is very unlikely, but at the same time we have put in place a number of barriers to be able to handle a situation should it occur.

The rig is now about 300 kilometers offshore and there is a dialogue between the crew onboard the rig and the activists.

The rig is owned by Transocean and is on contract to Statoil.