Østensjø Vessels Go to Svalbard for Coal Mine Clean-up 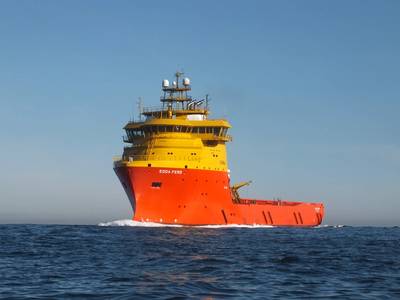 Norwegian coal mining company Store Norske is taking in vessels from Østensjø Rederi for one of the most ambitious environmental projects in Norway: the clean-up of the closed down Svea Nord longwall mine in Svlabard.

"When Svea Nord was closed in March 2020, a new camp was established at Kapp Amsterdam with associated functions such as workshop and power station. In August, the airport closes down, so we need vessels to transport to and from Longyearbyen. In addition, today's camp will be demolished, including places to stay, so the barracks will be moved from land to vessel," said Jan Morten Ertsaas, CEO of Store Norske.

Østensjø Rederi said its vessels Edda Ferd and Edda Sun will be used for the project until December 2022.

"This is an exotic job for our offshore vessels that are usually in the North Sea. It is nice that the vessels are used in a project with great environmental benefits and this shows that existing tonnage can be adapted and used across segments and operations," said Kristian Helland Vea, CEO of Østensjø Rederi.

"We have extensive experience with this type of work, and we are expanding the capacity of Edda Sun and Edda Ferd to meet the requirements of this project," said Hilde Svendsen, CCO at Østensjø Rederi.

After almost 100 years of coal production, the mining community in Svea is returned to the wild. Buildings and infrastructure will be removed, including roads, tank facilities, power stations and an airport. When the area is abandoned, the glaciers and mountainsides should appear as unaffected as possible. And when the last industrial worker leaves the area, it stays in a vessel.

"The workers will go on a 14-day shift, and now we have ensured that they are well taken care of," said Gudmund Løvli, Project Manager at Store Norske.

The environmental project is a major investment, and is financed annually over the central government budget up to 2024. It is an extensive project with demanding framework conditions and high quality requirements. The Svea airport will close on August 1.