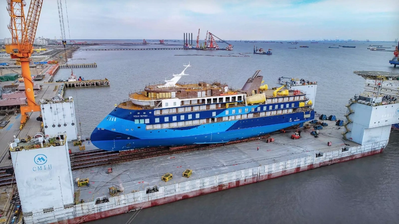 The third ship in SunStone Ships' INFINITY series was launched on Monday at the CMHI Haimen shipyard in China.

Ocean Victory, though a sister vessels to the first vessel in the INFINITY series, Greg Mortimer, the latest newbuild differs from in several ways, reflecting the flexibility of the design series, according to Ulstein Design & Solutions, who is providing the design and equipment package to this project. Ocean Victory is the second exploration cruise vessel built at the yard to feature the ULSTEIN X-BOW, the designer added.

The 104.4-meter-long vessel sports the capacity for 200 passengers in 93 suites, 68 with balconies, nine with French balconies and 16 with panoramic windows. An infinity pool has been installed, and the bridge wings have been replaced by two observation platforms.

When time comes, the vessel has been chartered out to Albatros Travel for Antarctica journeys in the winter season and to American Queen Steamboat for Alaska cruises in the summer. 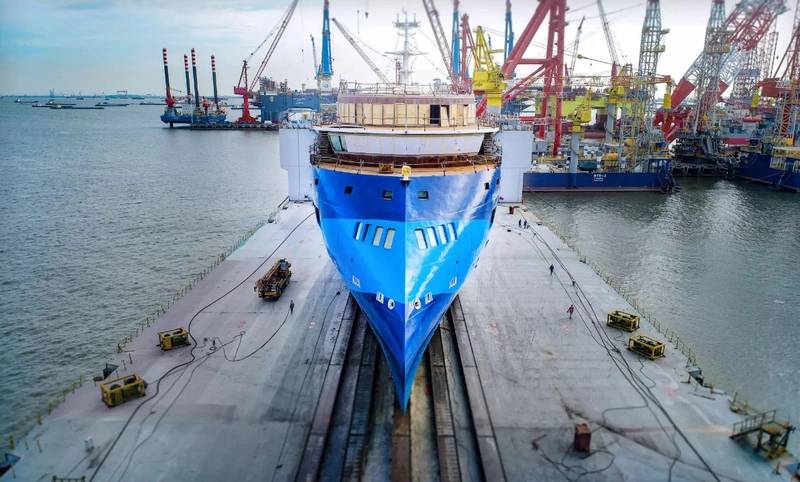