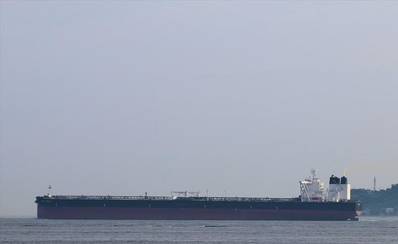 At least four supertankers are waiting to load Murban crude off Fujairah in the United Arab Emirates a week after floods shut operations at the oil hub, according to trade sources and shipping data on Refinitiv Eikon.

Last Thursday, the Abu Dhabi National Oil Company (ADNOC) said it had shut down its operations at Fujairah terminal due to "exceptional rainfall".

The company had said it would divert Fujairah terminal oil lifting to the Jebel Dhanna terminal which can handle Murban shipments.

However, supertankers are still waiting off Fujairah and it remains unclear when loading will resume, according to the sources and Refinitiv data.

Two of tankers - Eneos Dream and Setagawa - chartered by Japanese refiners Eneos 5020.T and Idemitsu Kosan 5019.T arrived at Fujairah in the middle of last week.

VLCC Twin Castor arrived on July 27 and had been scheduled to load oil on Aug. 4 for India, Refinitiv data showed.

A fourth tanker, KHK Empress, chartered by an oil major, was supposed to load on July 29 for China.

ADNOC and Fujairah port authorities could not be reached for immediate comment. Eneos and Idemitsu declined to comment.

Separately, loadings of oil products and bunker fuel at the major bunkering port have resumed this week but there is a long queue for supplies, traders said.

The earliest date that bunker suppliers can offer is from mid-August, they added.