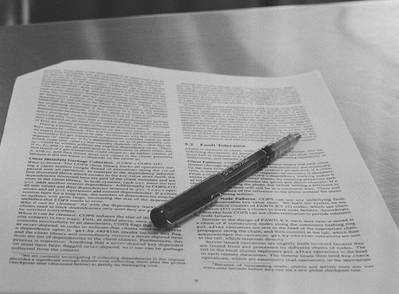 U.S. EPA has served subpoenas in connection with the investigation into potential violations of MARPOL Annex and the Act to Prevent Pollution from Ships (APPS) following the coming into force of the North American Emissions Control Area (ECA) on 1, August 2012.

Ships operating within 200 miles of the U.S. coast are required, pursuant to MARPOL Annex VI and the Act to Prevent Pollution from Ships (APPS), to burn low sulphur fuel oil and to document compliance. Although the U.S. Coast Guard and Environmental Protection Agency (EPA) were authorized by APPS to investigate potential violations, it was unclear when such investigations might begin – especially in light of EPA interim guidance acknowledging that, despite best efforts, some ship owners and operators might not be able to obtain compliant low sulphur fuel oil before entering the North American ECA, and encouraging voluntary disclosure of such non-availability of compliant low sulphur fuel oil.

During the 18 months since the North American ECA came into effect, many ship owners and operators have filed Fuel Oil Non-Availability Reports (FONARs).  Although filing of FONARs was encouraged, the EPA advised that voluntary disclosure of an inability to comply with MARPOL Annex VI and APPS does not mean a ship is deemed to be in compliance.  Rather, voluntary disclosure of FONARs was to be only one factor considered by the U.S. when determining what action to take against a non-compliant ship owner or operator.

Recently, the EPA served substantial document subpoenas on several ship owners and operators that had previously filed numerous FONARs. These subpoenas have been served in connection with further investigations into potential MARPOL Annex VI and APPS violations.  APPS expressly authorises the U.S. Coast Guard and EPA, upon receipt of evidence of a potential violation like a FONAR, to issue subpoenas for documents and testimony.  Compliance with these subpoenas can be compelled by a federal court; non-compliance could lead to a fleet-wide denial or revocation of permission to enter U.S. waters.

Many ship owners and operators are already aware of the potential liabilities arising from MARPOL Annex VI and APPS violations.  The U.S could assess civil penalties, for example, up to $25,000 for each day of a continuing violation. If the investigation reveals a knowing violation, or if the respondent makes false or fraudulent representations to the investigators, then there may also be significant criminal liability. The potential for significant civil or criminal liability, and business disruption, is clear.