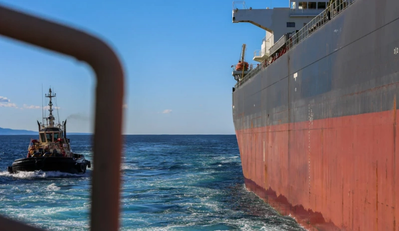 Svitzer Australia, a subsidiary of A.P. Møller – Maersk, announced on Monday that it will lock out all harbor towage employees covered under its 2016 National Towage Enterprise Agreement and their union bargaining representatives starting Friday, November 18, amid ongoing pay disputes.

The lockout, which is slated to run indefinitely, will impact shipping operations at Australian ports in Queensland, New South Wales, Victoria, South Australia and Western Australia. No shipping vessels will be towed in or out of 17 Australian ports otherwise serviced by Svitzer.

The lockout will not affect Svitzer terminal operations supporting the oil and gas sector or operations in other states and territories.

Svitzer said the move is being taken under the provisions of the Fair Work Act in response to "damaging and ongoing industrial action" being organized by the unions, specifically the Maritime Union of Australia (MUA), The Australian Institute of Marine and Power Engineers (AIMPE) and the Australian Maritime Officers Union (AMOU).

"This is harming Svitzer’s ability to reliably, safely and efficiently serve our shipping customers and port operations around the country and is causing serious disruption to the national supply chain which is reliant on shipping," the company said.

Svitzer, which said it has been bargaining with the maritime unions for over three years, since the agreement expired in 2019, has seen more than 1,100 instances of industrial action, or strikes, notified by the maritime unions since October 2020. Since October 26, 2022, there have been more than 250 instances of protected industrial action alone, amounting to nearly 2,000 hours of work stoppages. There is new protected action being notified by the unions on an almost daily basis, the company said.

“Our goal all along has been to reach a new enterprise agreement and we have exhaustively negotiated in good faith to try to do this,” said Nicolaj Noes, managing director, Svitzer Australia. “We had hoped it would never come to a lockout – but we are at a point where we see no other option but to respond to the damaging industrial action underway by the unions.”

The unions paint he picture of its negotiations with Svitzer Australia differently, accusing the towage operator of stalling negotiations.

"[Svitzer's] Australian management team has spent the past three years refusing to finalize a new Employment Agreement to cover tugboat crews at 17 ports around the country, effectively giving these workers a wage-freeze amidst soaring inflation and massive corporate profits during a COVID-boom for shipping and logistics companies," the Maritime Union of Australia said in a statement. "At every turn, the three maritime unions have sought to drag the management team back to the negotiating table and work on a mutually agreeable outcome."