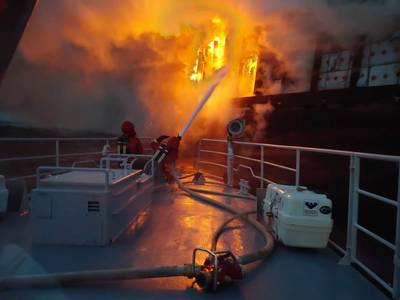 A fire that started on a cargo ship carrying timber off Sweden's west coast on Saturday was still raging on Tuesday, authorities said, though it had not spread to the ship itself.

Several organizations including the Swedish coast guard are fighting the cargo fire on the Almirante Storni, anchored off Gothenburg.

A coast guard spokesman said that drones were being used to monitor the fire and there have been no injuries, though harsh weather has made work more difficult.

"It is worrying. Time passes and the weather is rather tough on site," he said, adding that fuel tanks have not yet been affected and that there is no imminent risk of an oil spill.

"But such scenario is something we need to prepare for," he said, adding that the ship contains large amounts of fuel.

The crew of 17 has not been evacuated from the vessel, which sails under the Liberian flag. 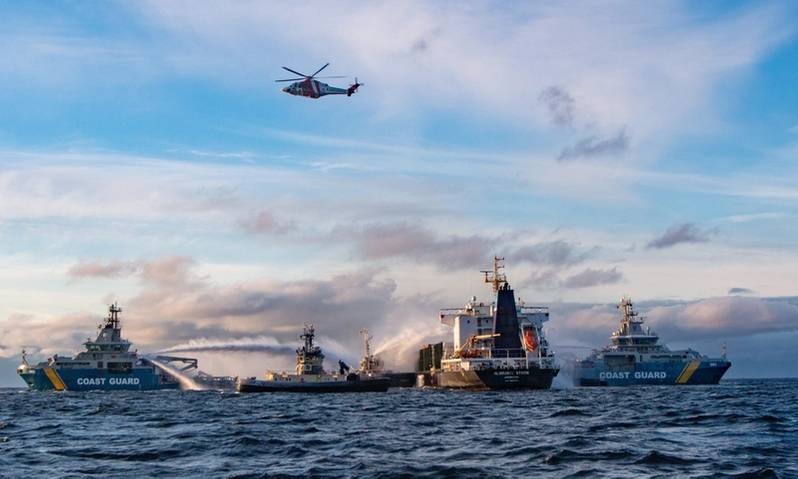