The Tanker Market: 2019 and Beyond

Late 2018 saw the tanker market bubble upwards through late November, with daily vessel hires moving in the direction of, though not yet reaching levels not seen since late 2014-2015, when oil prices were in freefall and inventories building to the brim. A few pundits have suggested that we are seeing a “mini 2014” where lowered oil prices are coaxing another inventory build which would drive tanker capacity utilization, and per diem freight inflows, higher. The oil market has changed over four years; OPEC+ is seeking to pull back on production this time (as seen by its announcement in early December 2018 of a cutback), counteracted by U.S. shale oil production and a new wrinkle, U.S. oil exports.  The big question now – which will play out in the coming months – is whether the recent uptick, brightening up a generally desultory 2018, is seasonal (winter cold typically drives demand) or an upward thrust along a longer-term cycle.

As 2018 was drawing to a close, profitability had returned to all sizes of vessels, in contrast to loss-making earnings on the first half of the year. Hires on the bellwether VLCC runs from the Arabian Gulf to the Far East were netting close to $70,000/day. Brokers CR Weber, in its weekly report at the end of November, pegged the voyage to Japan at Worldscale 97.5, working back to $68,132/day, with the voyage to Singapore bringing in slightly less. For Suezmax tankers, liftings from West Africa into northern European ports were worth more than $35,000/day (and moves into the U.S. Gulf worth more than $40,000/day). Tankers loading Russian oil, in the Black Sea, and the Baltic were seeing hefty earnings (around $55,000 daily in early December for Suezmaxes loading in the Black Sea, and for Aframaxes loading in the Baltic).

Mr. Christian Waldegrave, Head of Research at Teekay Tankers, one of the largest owners of crude carrying tankers, had enthused in his late November online market report, “What a difference a few weeks makes in the tanker market.” He explained the market dynamics as follows: “Scrapping has been very high, and has offset deliveries; for the first 10 months of this year, fleet growth has been less than 1%.”

Statistics from Clarksons, among others, bear this out. The strong markets of 2015 into 2016 led to additional ordering, with nearly 39 million deadweight (mdwt) of crude carrying tankers contracted in 2015. During 2016 and 2017, the net fleet, accounting for scrapping, grew by 20 mdwt, or 6% both years. In 2018, expected fleet growth will be 4 mdwt, or a little more than 1%, with vessel scrapping at 17 million dwt, more than twice the yearly average over the previous decade. In comparison, world oil production (a proxy for demand) has grown at slightly more than 1% during these years.

Mr. Waldegrave from Teekay issued his report just prior to OPEC’s early December announcement of a production curtailment. Buoying hires during Q3 and through November were production increases from OPEC of around 1 million bbl/day, and 0.4 million bbl/day from Russia- which the analyst cited as very beneficial for mid-sized tankers. 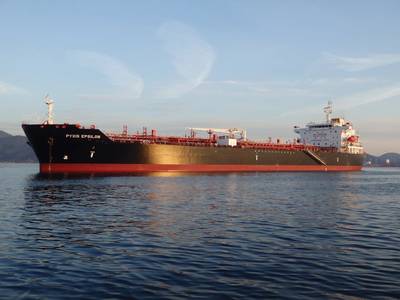 For smaller “MR” tankers (typically 50,000 dwt) in the refined products trades, a basket of “triangulation” routes in the Atlantic Basin could have earned owners around $26,000/day in early December, nearly triple the levels of only a month earlier, as computed by CR Weber. Equity analyst Fotis Giannakoulis at Morgan Stanley hinted at ongoing strength in this sector, telling clients in a mid-December report, “Despite the adverse impact of the OPEC cuts and a slower economy, the IMO 2020 could further boost clean tanker demand the next two years, absorbing over 10% of the fleet.” Besides the prospects for more distillate (in the form of marine fuels) moving internationally as the shipping industry adjusts to lower sulfur rules, old fashioned supply and demand has also fueled the runup in this sector, with Mr. Giannakoulis noting the: “…minimal product tanker fleet growth (+1.7% YoY) and low orderbook (~8% of the global fleet).”

However, the tanker market responds to the broader currents driving the oil markets.  The December softening in oil prices reflected, in part, nervousness about economic slowdowns (the same forces pushing stock markets down into “bear market” territory). Oil prices were dropping again, but, unlike 2014, fears of economic slowdown, rather than open spigots, were responsible for the 2018 price drops which saw Brent contracts drop from $86/barrel in early October to around $51/ barrel as Christmas was approaching. The U.S. analog, West Texas Intermediate, had dropped from $75 to below $43/ barrel.

Looking forward, the complexity of shipping markets has bedeviled forecasters who look out more than a few months. Demand variations around an economic trend line include numerous wildcards. The actions of OPEC+ regarding exports mentioned by Teekay Tankers, and the impacts of the ongoing “Trade War” are examples. But cargoes can erupt out of nowhere as differences in regional products markets give rise to price spreads that give rise to “arbitrage”-driven movements: witness the huge spike in the MR product tanker per diems. Unlike other industrial markets, the supply side of the equation can flex in ways beyond simple deliveries and removals.

Another pitfall bedeviling forecasters is slow steaming (a fuel saving measure), which effectively decreases available capacity. Floating storage of oil (in response to an oil price curve with stronger oil prices further out in time) also removes available capacity, albeit temporarily. Compliance with upcoming regulatory initiatives has introduced new wildcards; removals (a/k/a scrapping) may increase in anticipation of potential capital outlays for requisite Ballast Water Treatment systems and for possible fuel price hikes in 2020 (when restrictions on sulfur in marine fuels kick in). Indeed, as noted already, 2018 saw levels of vessel scrapping at their highest levels in more than a decade.

One indicator of expectations is the Forward Freight Agreement (FFA) marketplace, where traders from the worlds of shipping and finance can agree on prices for tanker hires at future dates. The outlook can be described as cautiously optimistic but not ecstatic, based on market data provided by brokers Marex Spectron. For VLCC’s, the daily fully costed breakeven (not including fuel and port costs) is somewhere between $20,000/day and $25,000/day.  At end November, with the spot VLCC trade to Asia showing a timecharter equivalent of $57,334/ day, the “forward curve” of settle prices for 2019 worked back to a healthy $32,893.12/ day (Q1), $20,401.45/ day (Q2), $24,281.64/ day (Q3) and a seasonally strong $37,601.45/ day (Q4), according to Marex Spectron. By late December, with the spot equivalent now down to just under $46,000/day on this voyage, the forward curve had dropped lower, with both Q2 and Q3 below the daily breakevens.

Physical forward markets, in the form of period timecharters for VLCC’s provided a similar view. For now, the market is healthy, but hardly getting set for boom times. Brokers CR Weber, at end November, were estimating a one year time charter on a modern VLCC to be worth around $37,000/day, definitely above daily cost breakevens, but below the spot levels at that time. For comparison, in the 2015 tanker boomlet, one year period timecharters were done at levels touching $55,000/day. 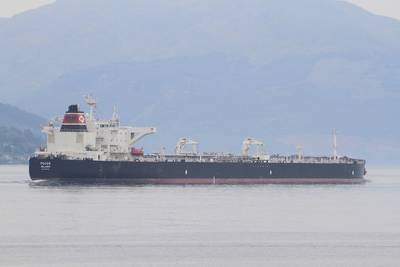 (Photo Credit: Iain Cameron)
It is clear that the “consolidation” trend is alive and well in the tanker sector. In June 2018 Euronav (NYSE: EURN), grew into a behemoth owning more than 70 vessels, predominantly Suezmaxes and VLCCs, after the deal was done following its merger with Gener8 (which was weighted down with vessels bought at market highs, including those acquired through an earlier combination with General Maritime). The company’s CEO, Paddy Rodgers, stresses a counter cyclical approach; in EURN’s Q3 conference call, he said: “…let's not forget that we just completed the merger of Gener8 which ships were valued at $75 million where they were bought in that ECO rush at $110 million. So let's seek value for shareholders, be cautious, be clear minded and not follow a herd.”
Another company to watch is privately held Diamond S, which will soon be quoted on the NYSE, after it eases into the listing of an already stock-listed company, Capital Products Partners (CPLP). The new company, to be dubbed Diamond S Shipping Inc, will control 68 vessels, of which 52 are in the refined products trades, in a deal announced late in 2018 and expected to close during Q1 2019. The structure, sometimes known as “reverse merger”, speaks to the difficulties that maritime companies have had in raising public money from investors. As explained in CPLP announcements, the new entity will have the ability to source investor funds, in subsequent share issues. If the positive outlook for the product tanker sector plays out, this entity’s activities in 2019 may just reverse the tide of limited maritime equity raises.