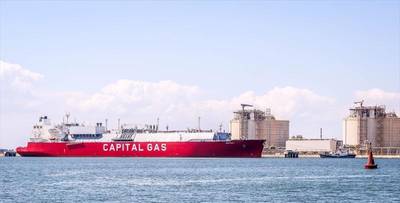 A partial restart of the Quintana, Texas, plant is not expected until at least September, the company said last week, leaving about 40 cargoes to be canceled or re-scheduled. The loss has European LNG buyers and some U.S. shale producers reeling, while rivals Cheniere Energy and Sempra LNG rush to produce more LNG to offset the losses.

One of the rerouted vessels, the Malta-flagged Aristidis I, is now scheduled to pick up a cargo at the end of the month in Trinidad & Tobago, Latin America's largest LNG exporter, according to the data; the France-flagged tanker Elisa Aquila will load in early July at Cove Point LNG terminal in Maryland.

Two other tankers, the Meridian Spirit and the LNG Abuja II, changed their destination last week, diverting to Jamaica.

The two remaining vessels, the Elisa Larus and the LNG Port-Harcourt II, in recent days moved away from Freeport's anchorage area, where they had remained since the incident, to nearby tanker zones off Texas coast, the data showed.

Besides other U.S. LNG producers, which in some cases are operating above their nameplate capacity to meet demand, Nigerian and Algerian exporters also are expected to take advantage of the outage due to their proximity to Europe and spare capacity available, according to analysts.