The military force for the Kingdom of Bahrain purchased the self-propelled WorkFloat, a 12 x 6m WorkFloat platform which has the unique ability to fold up -- including all equipment -- and fit into a standard 40-ft. shipping container.

The WorlkFloat platform is designed for a range of support tasks, with the version for Bahrain equipped with a 10-tm crane that can lift just under half a ton at 13m, a deck load capacity of over 10t, a 2t deck winch that can be used for mooring work, a central moon pool for drilling or GI work, full electrics and navigation, bow loading ramps for military vehicles, spud cans for 10m spud legs, a retractable bow thruster and 2 x 70hp Yamaha high thrust outboards that give an impressive 7 knots and 1.2t of bollard pull.

It's outstanding feature is the ease with which it can be mobilized, demobilized and shipped quickly, globally.

It is also built to the MCA workboat code and complies with relevant class standards for lifting and stability.

WorkFloat is a Cornish-based company established in 2019. Toby Budd, MD and founder said ‘’It is a massive milestone for the business to design, build, deliver and then commission this WorkFloat for the BDF. They have been a fantastic client, extremely hospitable to us while we are here in Bahrain and very understanding of some delays caused by COVID. I can see how useful it will be for them and look forward to working with them on other projects in the future’’

WorkFloat told MarineLink.com that it is now designing the next evolution of the system.

Dubbed WF1200, it is a modular system that continues to use the benefits of a space frame structure with plastic floats. It has a higher payload capacity, much bigger crane options, larger engines, can scale to sizes 24m plus and critically can be jacked up out the water.

"Interest in WorkFloat has been significant since we put the video on social media," said Budd. "We are now costing the new WF1200 system so we can provide quotes to all the enquiries we have had. The new design builds upon what we built for the BDF. It’s really simple, and being modular it moves closer in concept to our other product, ScaffFloat , that has become so popular due to it’s simplicity, low cost and versatility. And of course, we hope to have something to show at Seawork in just under 100 days.’’ 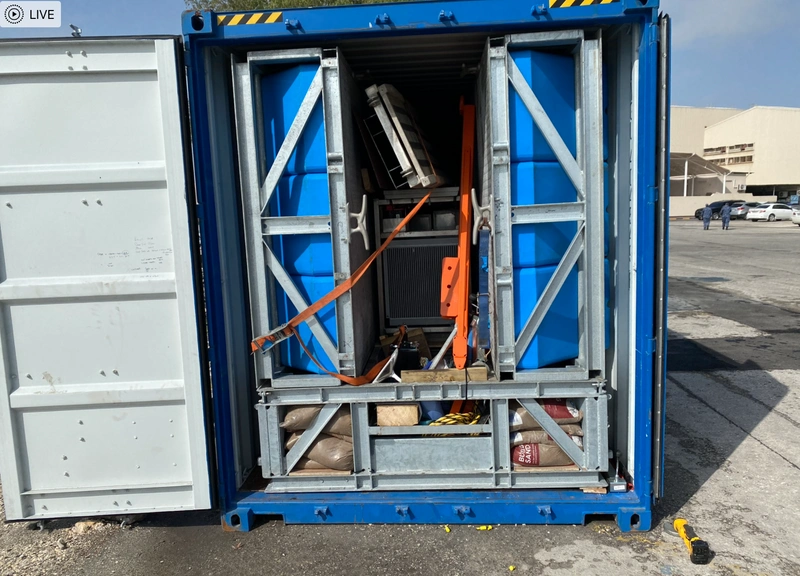 Open the container, unpack and go to work with WorkFloat. Photo courtesy WorkFloat 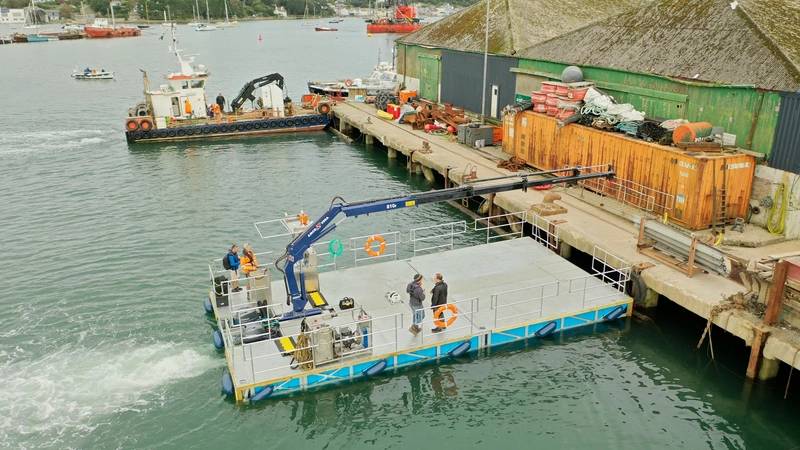