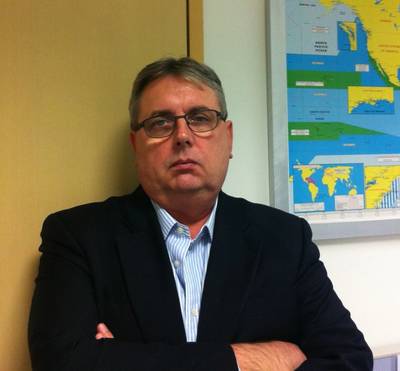 William brings with him the knowledge gained at sea and ashore which are the qualities essential in helping with the oversight of the diverse fleet of vessels under the Cook Islands Administration.

Glenn Armstrong, Chief Executive Officer of MCI, commented: “We can confidently say that William is the right fit for MCI and his appointment will play a big role in MCI’s expansion across Europe. William has a consistent track record in overseeing the technical aspects of vessel operations and I believe with his experience and know-how – MCI’s clients are in good hands. This will also benefit our European clients tremendously as this will mean a direct line to a MCI person - in the same region and in the same time zone as them. Things will get done very much faster. ”

William will be based in Cyprus and will serve MCI’s clients in Europe. William has also worked with MCI previously - having conducted Flag State Inspections on behalf of MCI.

Prior to William’s appointment at MCI, William was Technical Director and shareholder and director of a ship management company whose clients included oil majors. He has also conducted and managed major engineering conversions and has worked independently as an expert witness in the Singapore Law Courts.

He started his career in shipping by undertaking an engineering apprenticeship and thence undertaken over 20 years’ sea experience from working onboard general cargo vessels, container vessels, chemical tankers, bulk carriers and offshore vessels.