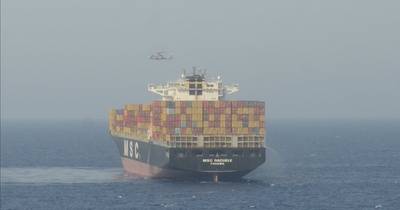 Three crewmembers were injured by an explosion in the engine room aboard a containership off the coast of France on Tuesday.

The blast on board the Panama-flagged MSC Rachele occurred while the vessel was about 20 nautical miles south of Cape Cépet, en route from from Napoli, Italy to the port of Fos-sur-Mer.

The three injured crewmembers were medevaced by the French Navy for immediate medical treatment aboard the amphibious assault helicopter carrier Tonnerre. The mariners, including two reportedly in serious condition, have been transferred by helicopter to the Sainte-Anne army training hospital in Toulon.

A fire that was sparked by the explosion is said to be under control. "No immediate threat exists in terms of pollution or maritime safety," the Mediterranean Maritime Prefecture said.

The stricken "non-maneuvering" vessel will be towed to the port of Fos-sur-Mer by commercial tugs chartered by the containership's owner.

"The weather in the area, current and forecast, is mild enough to consider towing operations in good conditions," the Mediterranean Maritime Prefecture said.

A support and assistance vessel Pionnier chartered by the Mediterranean Maritime Prefecture remains on scene to provide emergency towing if necessary. 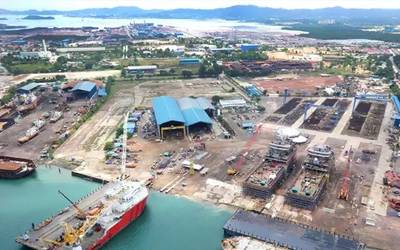