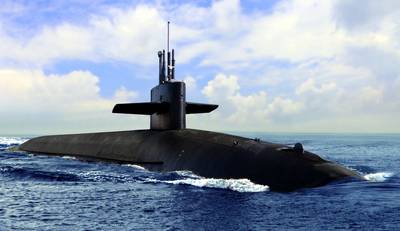 Thyssenkrupp plans to invest 250 million euros ($279 million) at its unit that builds submarines and warships, the German industrial conglomerate said on Monday.

The investment at Thyssenkrupp Marine Systems (TKMS) will be made by 2023, the group said, pointing to good order intake at the moment. TKMS will also hire 500 new employees by the end of next year, it said.

"Our ambition is to be Europe's most modern naval company. By making major investments, we are preparing our operations for the future," TKMS Chief Executive Rolf Wirtz said in a statement.

"Our recent successes show that there is strong demand for our products and services. We want to further strengthen this position," he added.

The group said it was contracted by an African customer in August to build four frigates.

Order intake at TKMS was down a fifth at 385 million euros in the first nine months of the year, while sales were up a third at 1.305 billion euros. The unit achieved break even on an adjusted operating profit level following a 117 million euro loss last year.

The investment comes days after the group said it would invest a similar amount in a new hot-dip coating facility at its steel division, Steel Europe.

As part of a restructuring, Thyssenkrupp has said it is open to selling a majority of TKMS, Germany's second-largest defence group after Rheinmetall, which has been mentioned as a potential buyer, along with France's Naval Group.

But a TKMS spokesman on Monday said the division was currently not up for sale.