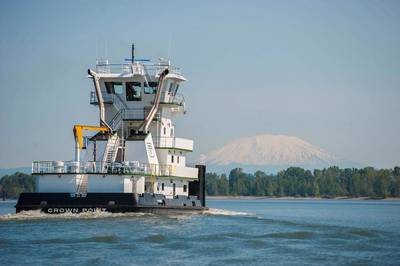 Vancouver, Wash. based Tidewater Transportation and Terminals announced it will expand its service on the Columbia Snake River System.

The Pacific Northwest focused inland marine transportation company has been awarded a $3.2 million grant from the U.S. Department of Transportation Maritime Administration (MARAD) to aid in the expansion of its barge service from the Port of Morrow in Boardman, Ore. to Vancouver, Wash.

The expansion will include the procurement of a new barge capable of handling a combination of containers that will ultimately alleviate area traffic by diverting freight to the underutilized M-84 corridor.

The funding is among $9.5 million awarded by MARAD to eight marine highways projects across the U.S. under the its Marine Highway Program, which works with public and private stakeholders to promote the increased use of navigable waterways to ensure landside congestion relief, new and efficient transportation options and increased performance of the surface transportation system.

“This federal assistance will provide additional options to reduce congestion on the roads and help the surrounding local communities’ and the regions’ economic recovery,” Transportation Secretary Elaine L. Chao, said in a statement announcing the grant awards in June.

Since 2016, MARAD has provided $33.8 million in grants to 18 marine highway projects through the program.