Top Maritime Trends 2020: Owners and Operators can Do the Right Thing for Seafarers 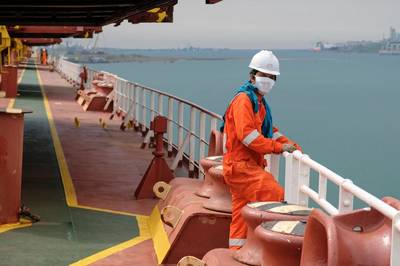 Due to a confluence of factors, COVID-19 has adversely impacted merchant mariners more than virtually any other profession. The merchant marine is an international profession from a wide variety of countries, so there is no one nation standing up to represent them.

The ships on which they sail are registered in numerous nations, heavily weighted toward small countries with limited influence on the world stage. The ports at which the vessels call tend to be more concerned about the health of the local community than the welfare of seafarers, ignoring the fact that the cargoes carried keep their economies running. Some ports and nations ban crew changes outright, while others place such onerous conditions on crew changes as to make the process extremely difficult and expensive.

Owners and operators are widely dispersed and virtually anonymous in many cases, making them generally imperious to public pressure. Some, possibly most, owners and operators want to facilitate crew changes, but charterers often insist on charter provisions making that difficult.

Despite all the obstacles cited above, regular changes of crews on merchant vessels are necessary, just as regular maintenance is required to keep the vessels from breaking down.

It is incumbent on owners and operators to undertake crew changes despite the bureaucratic obstacles and added expense. They did not tie up their vessels when the price of bunkers rose. Rather, they adapted. That same type of adaptation is called for now.

The International Labor Organization (ILO) adopted the Maritime Labor Convention (MLC 2006) and virtually every nation has become party thereto. That convention provides, among other things, that the maximum duration of service periods on board following which a seafarer is entitled to repatriation shall be less than 12 months. When the COVID-19 global pandemic first struck, flag and port nations were encouraged to grant a reasonable degree of discretion in the enforcement of time limits such as this. That discretion is being abused by owners and operators and ignored by many nations.

The lesson here is that crew changes are not impossible. Given sufficient incentive, owners and operators will comply with their legal and moral obligations, despite the inherent difficulties and higher costs resulting from the global pandemic. It is unfortunate, though, that such drastic port state measures were required.

The Australian Maritime Safety Administration (AMSA) then issued a notice stating that, through 28 February 2021, no extensions of seafarer service without taking leave beyond 14 months will be accepted by AMSA unless the master or owner demonstrate to AMSA that: (1) all possible efforts have been made to repatriate the seafarer without success; (2) the seafarer has provided written confirmation accepting the extension; and (3) a plan to repatriate the seafarer within a month has been put in place. As of March 1, 2021, the maximum duration of service periods on board following which a seafarer is entitled to repatriation shall be less than 12 months (per MLC 2006).

The choice now is clear. Either owners and operators can take the necessary steps to plan for and implement regular crew changes or port states can follow the example of Australia and mandate that course of action. The first option is preferable for all concerned.