Allee to Lead Cruise and Tourism at Port of New Orleans 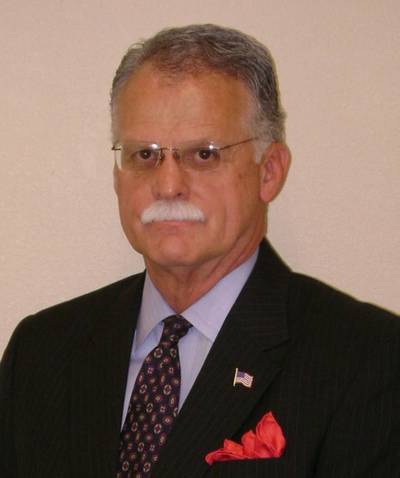 Jumonville, who will retire in January after 25 years at the Port, oversaw the planning and construction of all three Julia St. Cruise Terminals, including the present consolidation of the two terminals into one modern terminal completed in 2011. Jumonville was also instrumental in the design and construction of the Erato Street Cruise Terminal and Parking Garage Complex, the first intermodal cruise terminal in the industry to include a parking garage in the same building. Looking forward, Jumonville has been integral in the planning of the Port’s third cruise ship terminal which will break ground in the first quarter of 2015 at Poland Avenue. Under Jumonville’s watch, the Port has invested more than $75 million in cruise facilities and seen a 1,200 percent rise in passenger throughput, having processed about one million passengers in 2013. Revenue produced by his division has increased more than 500 percent during his tenure.

“It’s been a pleasure and a passion to work with the great staff at the Port of New Orleans and with each of the Port’s cruise partners,” Jumonville said. “The Port now enjoys long-term relationships with Carnival, Norwegian and Royal Caribbean Cruise Lines.”

Allee comes to New Orleans with nearly 30 years of port industry experience, recently serving as executive director and CEO of the Mississippi State Port Authority from 2002 to 2012 and later as a consultant for PLG Consulting, providing services to port and terminal operators. In addition to his tenure in Mississippi, Allee served as the executive director of the Port of Beaumont (Texas) from 2000 to 2002 and worked in marketing and trade development for the Port of Freeport (Texas) and the Port of Houston Authority.

“Don brings a wealth of expertise and experience to the Port of New Orleans,” said Gary LaGrange, Port President and CEO. “Our cruise industry has experienced meteoric growth under Robert Jumonville’s leadership and I have full confidence Don will build upon that success.”

Allee said he looks forward to playing a role in the Port and City’s cruise and tourism industry. “I am excited to join the Port of New Orleans team,” Allee said. “The cruise business has grown dramatically in New Orleans in a relatively short period of time. The $400 million annual contribution to the local economy is a testament to how hard the Cruise and Tourism Division has worked to establish New Orleans as a leader in the cruise industry and I think there are about 1 million cruise passengers out there that would agree New Orleans is a top port of embarkation.”

Port cruise terminals handled 987,860 embarkations and disembarkations in 2013, which resulted in $399 million in cruise industry spending in Louisiana, supporting 7,548 jobs and $294 million in personal income, according to an economic impact study by Cruise Lines International Association (CLIA). More than 80 percent of those cruise passengers are from outside of Louisiana and spend an average of two nights in New Orleans hotels either before or after their cruise. Passengers and shipboard crew spend about $78 million per year in New Orleans with lodging ($27.5 million) and food and beverage ($8.3 million) encompassing about half of the overall spending. CLIA ranks New Orleans as the sixth largest cruise port in the United States up from ninth in 2011.

Cruise passengers have a multitude of options in New Orleans, as the 3,646-passenger Carnival Dream sails year-round seven-day cruises to the eastern and western Caribbean and the 2,052-passenger Carnival Elation sails year-round four- and five-day itineraries to Mexico. In November, Norwegian Cruise Lines will begin sailing the 2,340-passenger Norwegian Dawn on seven-day western Caribbean itineraries seasonally through April, along with Royal Caribbean Cruise Lines’ 2,476-passenger Serenade of the Seas.

In 2002, LaGrange created the Division of Cruise and Tourism to include oversight of the Port’s tourism tenants, which include the Hilton Riverside Towers, Audubon Aquarium of the Americas, Woldenburg Park, Blaine Kern’s Mardi Gras World, The Outlet Collection at Riverwalk, and the Creole Queen and Natchez excursion boats.