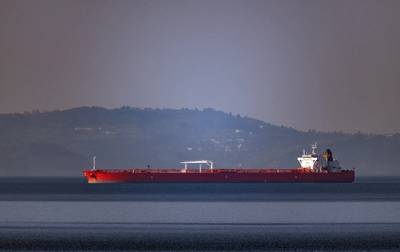 The attack forced the Colonial Pipeline to shut down its entire system on Friday, stoking expectations of gasoline shortages along the U.S. East Coast.

Some smaller lines were restarted Sunday, but Colonial has given no timeline for the restart of its main pipelines.

Two European gasoline traders said the market was taking a cautious approach to see how long the shutdown would last.

"I haven't seen any big pick up but it would be normal for people to preemptively take vessels on subs," one trader said. Subs is a term used in the oil market to describe a provisional booking for a tanker.

A second trader said that rallying freight rates amid a flurry of bookings into New York Harbor may have weighed on arbitrage economics from Europe.

European Ebob barge refining margins reached $10.38 a barrel on Monday, up from $9.35 on Friday, according to Reuters calculations.

"Should the ... network remain down for more than a few days, the nation's East Coast and Southeastern markets will start to see supply hiccups and related price spikes, while Gulf Coast refining centers will scramble to place cargoes alternatively," oil analytics firm Vortexa said in a note.

Vortexa said a potential waiver of Jones Act rules would have a big impact on trade dynamics as it provide a much bigger availability of tankers to transport fuels between U.S. ports.

The act was implemented in 1920 to support jobs in the maritime industry. It requires goods moved between U.S. ports to be carried by ships built domestically and staffed by U.S. crews.

Vortexa said that tankers already in transit could be diverted to other ports.

The firm has seen the Litasco-chartered Tavrichesky Bridge, carrying 370,000 barrels of gasoline, diverted away from New York toward a new destination of Yorktown, Virginia, near the Colonial-supplied cities of Richmond and Norfolk.