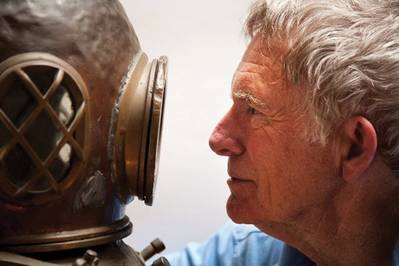 Already 30,000 feet below sea level, Walsh and Piccard faced the ultimate decision—risk their lives to become the first people to travel to the deepest part of the ocean, the Challenger Deep, or return to safety.

The crack had scarred one of Trieste’s outer plexiglass panels. Walsh and Piccard (whose father designed Trieste) decided to push on. After all, if Trieste had suffered catastrophic damage, both men would already be crushed by the ocean’s pressure. After a nearly five-hour descent, the Trieste reached the Challenger Deep, approximately 36,000 feet below sea level, on Jan. 23, 1960.

Exactly 60 years later, on Jan. 23, 2020, the National Museum of the U.S. Navy in Washington, D.C., celebrated the anniversary of Trieste’s journey with a program featuring Walsh, the lone remaining pilot of the trip.

“ONR is underappreciated for this whole enterprise,” Walsh said at the ceremony. “All credit is due to ONR—they were the ones that rolled the dice buying the Trieste from the Swiss.” 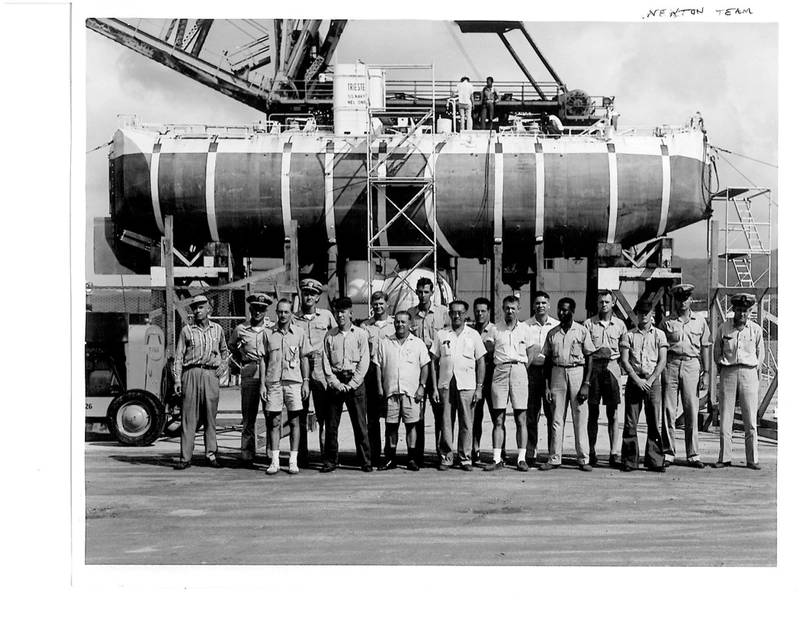 The U.S. Navy’s Trieste Team for Project Nekton at the Island of Guam November 1959.  There were just 20 of us, a mix of Navy uniformed and civilian personnel from the U.S. Navy Electronics Laboratory, San Diego CA.  Images courtesy: Don WalshA new chapter of naval research and discovery
Trieste’s descent to the Challenger Deep was a remarkable achievement for the Navy, ONR and oceanography as a scientific discipline. Bought by ONR in 1958, Trieste was designed to go deeper than any craft before it. The ship boasted a small, spherical crew space slung underneath a large float resembling a balloon in both shape and function.

The historic feat of reaching the deepest part of the ocean ushered in a “golden age” of manned underwater exploration in the 1960s and 1970s, in which submersibles helped make extraordinary discoveries in biology, geology, chemistry, oceanography and other fields.

That’s ironic, since neither Walsh nor Piccard saw much when they hit bottom. A large cloud of particles from the sea floor engulfed the ship, preventing the pilots from making further observations. Because it was necessary to complete the journey in a single day, when there was daylight available, Walsh and Piccard could only spend 20 minutes in the Challenger Deep before heading back to the surface.

Still, the Trieste’s success is a tribute to the value of basic research endeavor, an idea shared by Capt. Matthew Farr, executive officer of ONR Global, the command’s international arm. Farr represented ONR at the anniversary ceremony.

“The only limit that humans can face is the limit of the ocean itself,” said Capt. Farr. “Cuts in basic research deplete our knowledge base. ONR is a guardian looking beyond the immediate needs of science toward the future.” 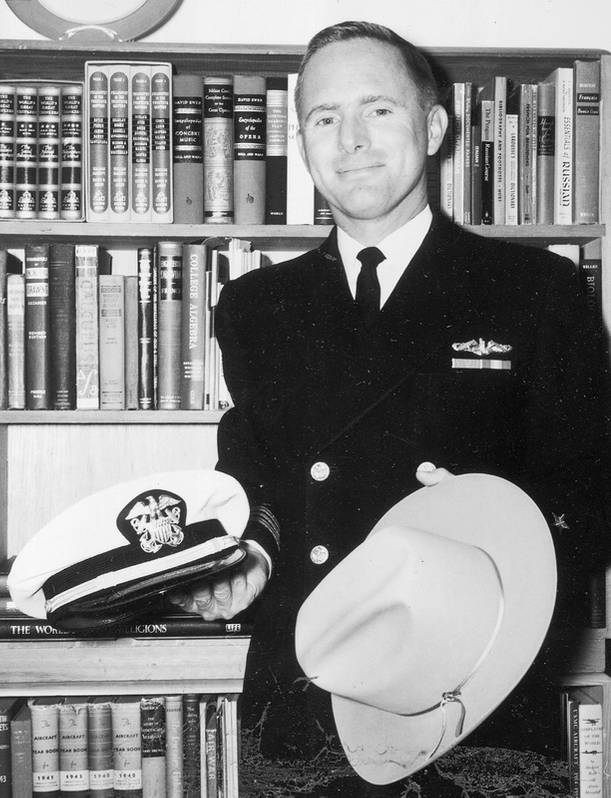 During his tenure as Officer-in-Charge of Trieste, Capt. Don Walsh was designated USN Deep Submersible Pilot #1—something that had never been achieved before in the United States. Image Courtesy Don Walsh.A lucky pilot
Walsh said Jan. 23 “was a lucky day.” Ambition, a sense of adventure and good fortune placed him on the path to historic destiny.
Growing up near the San Francisco Bay, Walsh was captivated by the ships entering and exiting the harbor. Inspired, he attended the U.S. Naval Academy and became a submariner.

Not long into his naval career, Walsh heard about an unusual opportunity. The Navy recently acquired Trieste and needed volunteer pilots to test it. However, since bathyscaphes didn’t operate like traditional ships, volunteers were scarce.

Trieste had to be towed to an area for exploration—and there it sank to its desired depth. To ascend, it simply dropped ballast and rose to the surface. Walsh said few people in the Navy wanted to risk their lives sitting in a steel ball the size of a refrigerator while descending thousands of feet.

“This was a balloon, plain and simple, except in the water,” said Walsh, who retired from the Navy as a captain. “I had nothing to lose. I was on the ‘junior varsity’ for the Navy. My class standing at the Naval Academy was not great. I was told, ‘You’re officially stupid.’”
Adm. Arleigh Burke, then chief of naval operations, told Walsh if he and Piccard were successful, the Navy would publicly celebrate the mission—but, if they failed, it would remain silent.

Worried about the potential dangers of the Mariana Trench, a risk-averse commanding officer ordered Trieste’s crew to abort the journey on launch day. However, a chief petty officer decided to deliver a delayed response to the commanding officer only after Trieste was 10,000 feet down, knowing it would be too late to stop the trip.

Walsh knew the many potential dangers facing him and Piccard. They could be adrift at sea for days or be locked inside of the Trieste while it was being towed ashore. As a precaution, Walsh brought Hershey’s chocolate bars for emergency rations. Being Swiss, Piccard brought Nestle chocolate.

To commemorate this tasty thinking, the anniversary ceremony concluded with the distribution of Hershey’s bars to guests.
For more information about the Trieste, visit https://www.history.navy.mil/research/histories/ship-histories/danfs/t/trieste.html.