By Humeyra Pamuk, Jonathan Saul and Timothy Gardner May 14, 2020 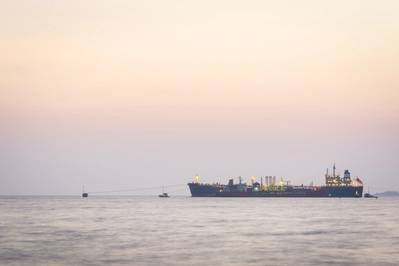 The Trump administration on Thursday issued guidelines to help ship owners and insurers avoid the risks of sanctions penalties, standards that maritime players and a senior State Department official said were modified following months of discussions with industry.

The guidelines, known as a Global Maritime Advisory, concern sanctions on Iran, North Korea and Syria. The State Department said it is committed to disrupting sanctions evasion and smuggling of goods, including oil exports from Iran, which the Trump administration imposed sanctions on soon after pulling out of the Iran nuclear deal in 2018.

Global shippers and insurers had balked at an initial outline of the advisory that the State Department previewed in March, arguing it would have disrupted international trade with legal questions.

The senior State Department official, speaking on the condition of anonymity, said talks with industry had occurred for months, adding that he and his team had held multiple meetings in London, Washington and other parts of the world with the industry so that the end document was not "America-centric."

"We have worked through several iterations of this document with industry and each iteration was an improvement upon the previous one," the official said. "We have an open line and ongoing dialogues with a range of industry representatives of this industry."

The Trump administration has ratcheted up its sanctions enforcement on countries like Iran and Venezuela, and, for example, imposed penalties on a unit of Chinese shipping giant COSCO last year for transporting blacklisted crude. It said it will target intermediaries as well as ship-to-ship transfers.

The maritime advisory was first outlined on March 9 by David Peyman, a State Department deputy assistant secretary. He said then the advisory would, among other things, warn shippers not to turn off transponders and to not store Iranian oil.

Peyman has since left that role to take another job at the State Department, and Andrew Weinschenk is now an acting deputy assistant secretary of state for counter threat finance and sanctions.

A former senior adviser to a financial intelligence official at the U.S. Treasury Department said the guidelines raise the bar for sanctions compliance for everyone from ship owners, vessel captains, insurance companies and financial institutions.

"While framed as non-binding guidance, the message that U.S. authorities are sending is clear: Companies in the maritime sector need to significantly increase their compliance postures to avoid running afoul of U.S. sanctions," said Eric Lorber, the former Treasury adviser and now vice president at K2 Intelligence FIN.

The industry was concerned that parts of the original advisory plan, which encouraged ship captains to take photographs of parties conducting ship-to-ship transfers and make them available to the authorities, would have run into legal issues.

Insurers had also been concerned about initial guidelines on ship transponders, which some shippers of sanctioned oil have turned off in the past, but which also sometimes fail during severe weather.

While the Trump administration incorporated changes over the last few months, industry still had concerns.

“It is important to recognize that the sectors of the maritime industry targeted by the guidance are often subject to complex domestic and international regulation that may impose conflicting requirements on a party," a maritime source said.