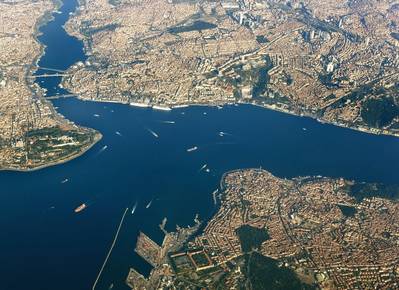 Turkey has approved development plans for a huge canal on the edge of Istanbul, Environment Minister Murat Kurum said on Saturday, advancing a project which has attracted criticism over its cost and environmental impact.

The step came a year after Turkey held its first tender for the reconstruction of two historic bridges in its largest city where the 45km (28 miles) Kanal Istanbul, championed by President Tayyip Erdogan, is set to be dug.

“We have approved the Kanal Istanbul Project development plans and put them out for public consultation. We will rapidly take steps to enrich our country and sacred city with Kanal Istanbul,” Kurum wrote on Twitter.

The canal will connect the Black Sea north of Istanbul to the Marmara Sea to the south and is estimated to cost 75 billion lira ($9.2 billion).

The government says it will ease shipping traffic on the Bosphorus Strait, one of the world’s busiest maritime passages, and prevent accidents similar to that this week on the Suez Canal, where work is continuing to refloat a giant container ship blocking the channel.

But like other major infrastructure projects undertaken during Erdogan’s 18-year rule, the canal has drawn criticism from those who say it will wreak environmental havoc and pollute fresh water resources around the city of 15 million people.

Istanbul Mayor Ekrem Imamoglu, from the main opposition party, is among the staunchest critics of the project. He has said spending resources on the canal while Turkey combats the coronavirus outbreak is “mind boggling.”