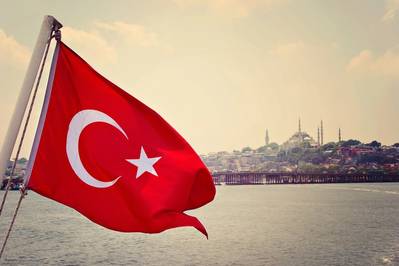 Turkey's military launched the largest naval exercise in its history on Thursday, February 28, carrying out drills with frigates, corvettes and submarines in the Black Sea, Aegean and eastern Mediterranean.

The nine-day exercise is aimed at testing the readiness of command bases and operation centers throughout Turkey's territorial waters, the defense ministry said.

On board the frigate TCG Barbaros, gunners fired live ammunition at mock targets floating on the waves. Nearby, helicopters lowered soldiers onto a ship's deck, while other personnel deployed a remotely operated underwater vehicle.

The Barbaros was deployed in the Aegean Sea north of the Gallipoli pensinsula, close to Turkey's land border with Greece. The two NATO allies came to the brink of war in 1996 in a sovereignty dispute over islets in the Aegean.

As part of the drill, the Turkish bases are also planning operations and testing them on a locally developed naval warfare game system, the defence ministry said.