UKCS Investments On the Rise 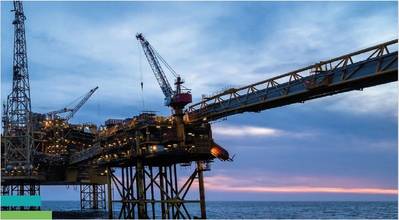 The 30th Oil and Gas survey, conducted by Aberdeen & Grampian Chamber of Commerce in partnership with the Fraser of Allander Institute and KPMG UK, pointed out that around 45% of contractors have increased investment spend in the UK Continental Shelf (UKCS) in the past 12 months.

Almost half (47%) report they have either started to use artificial intelligence or will do so in the next five years.

The survey highlights a welcome trend in R&D investment with the highest proportion of firms reporting an increase in spend since 2006/07 and firms indicating that they anticipate further rises over the next few years.

Only 6% of firms are currently citing taxation as a limiting factor when it comes to UKCS activity which is down from 26% in 2017.

Further to this, with 35% reporting that the availability of tax or funding incentives had influenced their decision not to invest in further R&D, the report suggests the supportive environment created by Government is having a positive effect.

Investment isn’t going into technology alone. 40% of firms have increased their total workforce in the last year; and a net balance of 52% expect to up their spend in staff training between now and 2021.

The survey looked at work in the six months to April 2019, asking firms about their prospects for the year ahead, as well as the next three to five years, in order to assess trends in exploration and production, decommissioning and other related oil and gas extraction activities both in the UK and international markets.

The results show that the positivity which was characteristic of the 2018 reports has softened somewhat but the industry remains confident about its future. In the international oil and gas sector, optimism is 21% above the 10-year average, suggesting that firms continue to be assured about opportunities in the export market.

Closer to home, contractors in the UKCS are reporting healthy results. Almost half (49%) of firms are working at or above optimum levels, the highest figure recorded in the survey since 2014.

Almost three quarters (72%) of firms are forecasting an increase in profits in 2019 and the results also recorded the highest figure in this survey’s history indicating a rise in the value of UKCS production-related activity.