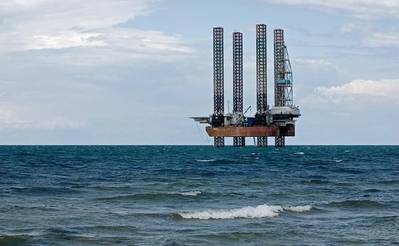 Ukrainian forces attacked drilling platforms in the Black Sea owned by a Crimean oil and gas company, the pro-Russian head of the annexed peninsula said on Monday, giving no details of what weapons were used.

Three people were wounded and a search was underway for seven workers from the Chernomorneftegaz energy company, Sergei Askyonov, the Russian-installed head of Crimea, said in a post on Telegram.

Crimean officials said work on three drilling platforms had been suspended after the hit, with fires reported.

Reuters was unable to immediately verify the reports. Ukraine's military declined to comment.

Russian-backed officials seized Chernomorneftegaz from Ukraine's national gas operator Naftogaz as part of Moscow's annexation of the peninsula in 2014. The company is under U.S. and European Union sanctions.

Askyonov said Ukraine hit the platform at 0800 local time (0500 GMT), when 109 people were working on platforms in the area.

Russian officials have expressed concern over Ukrainian military figures saying they would like to target Crimean infrastructure—such as the Kerch bridge linking Crimea to Russia—as part of a Ukrainian counter-offensive in the south.